NR is getting quite a bit of buzz for its anti-aging potential. Should you give it a try? 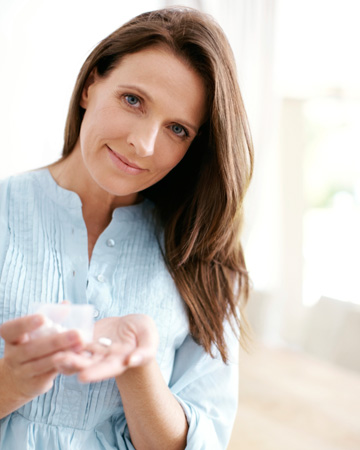 Nowadays, it seems like everyone’s on the hunt for an anti-aging miracle.

A recent study by Dr. David Sinclair, a genetics professor at Harvard, claims that aging can theoretically be reversed upon boosting production of an enzyme in cells. By increasing the production of nicotinamide adenine dinucleotide (NAD+), it can improve the number and performance of mitochondria, he says.

Quick science lesson: NAD+ helps cells to convert fuel to energy and promotes mitochondrial function, which powers them up. Mitochondria manages the respiration and energy production processes in cells.

That’s where nicotinamide riboside (NR) comes in. It’s a dietary supplement that can boost NAD+ and thus give humans anti-aging benefits. It is a compound that is naturally found in milk and it is a derivative of vitamin B3, or niacin.

In his experiment on mice, Sinclair showed that tissues in old mice looked like those in younger mice after taking the NAD+ booster nicotinamide mononucleotide (NMN). Another researcher found that the NR boosted cell metabolism in mice. According to various claims online, it can do everything from preventing a rise in bad cholesterol to stopping free radicals from damaging cells.

“Indeed, the results of Dr. Sinclair’s study imply that an NAD+ booster can achieve the same benefits as a low calorie diet or increased exercise — both of which have been shown to boost levels of NAD+ — without having to do either,” Jaksch said.

Even though Sinclair’s study sounds promising and NR is on the market, Sinclair’s study used NMN, another NAD+ precursor — not NR. NMN is quite pricey and likely not financially feasible for most people to take daily.

“The molecules may be very similar but they haven’t been tested head to head,” Sinclair said of comparing NMN to NR.

Jaksch said his company is planning human studies in the near future. The company is in the final stages of completing the design of the first human clinical study on NIAGEN. Additionally, ChromaDex is continuing its collaborations with universities and research institutes with research programs designed to validate additional benefits of NR, and the company has built a significant NR patent portfolio by acquiring patent rights from Cornell University, Dartmouth College and Washington University, Jaksch said.

According to other claims, taking research-grade resveratrol and the supplement Longevinex® does the same thing.

Anti-aging yoga poses: The 5 Tibetan rites
Fit beer: The next big workout recovery drink
This exercise will help you burn 1,212 calories in one hour