You know what turns you on, but do you know why? 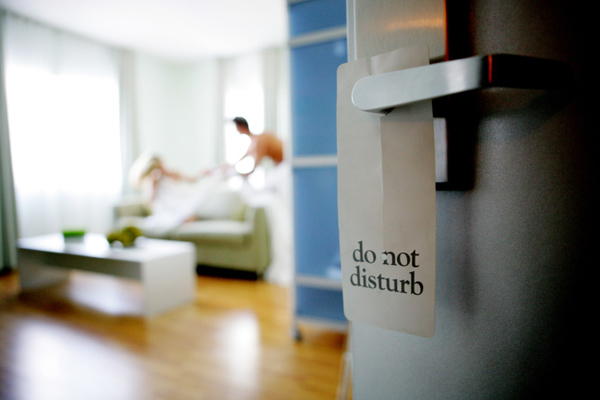 For many of us, our turn-ons aren’t about traditional romantic gestures (I tend to be as suspicious of them as I am of happy people), but about subtle, everyday rituals that aren’t a big deal on the surface — and underneath make us feel like we’re in an Axe body spray ad.

Related story Easy Sex Moves That Are Subtle But Mind-Blowing

The little things add up, especially for our libido. No matter where you are in your relationship, it’s the everyday turn-ons that keep your relationship going. One small gesture or trait might not be earth-shattering on its own, but dozens of gestures and actions over time strengthen your bond and say, “I’ve got your back,” minus the cheese factor.

Here are 7 turn-ons and what they really mean:

A deep voice gives off an impression of dominance and strength. “Your body’s attuned to the differences in men’s voices and equates the difference with romance and sex in a way you don’t equate women’s voices with the same,” says relationship expert April Masini.

We’re not focused on whether or not the size of his hands equates to the size of anything else — we’re focused on how weathered they are. “The bigger and stronger, the better,” says Masini. “There’s something about strong hands, even those that are calloused, that women are excited by in a way that delicate hands fail to deliver.” (I personally could never date a guy with more manicured hands than mine, because I know he’d never be down for spider-killing duty.)

All I can really say about this one is, “Rawr.” We’re all about the brooders: One study revealed that women find men who look happy significantly less attractive than men with a prideful or shameful face (apparently, because they seem less dominant).

“The uniform implies he’s earned his power and it shows in his clothes,” says Masini. “You probably feel very safe around men in uniform — whether a business suit or military outfit — and that safety is sexy.” Plus, you feel more feminine around men who seem more… well, manly, which just ups the turn-on factor.

Simply put, hotel sex is a turn-on because your home is no longer a sexy sanctuary — it’s become a constant reminder of everything you have to do (especially if you live in a small home and your office is like, right there). “Not having ‘hotel sex’ in your own home can become a problem if you’re in a regular relationship and sex is waning,” says Masini. “Or, it can just mean that you should be booking regular hotel dates to keep your love life hot!”

“There are some women who make a beeline for men with a wedding band because they represent someone who’s taken — and can be taken from,” says Masini. It’s not the guy at all: It’s about the surge in self-esteem you receive from “winning.”

According to a study published in PLoS one, divvying up the chores fairly has become an incredibly important aspect of making a relationship work. The inequality leads to feeling a lack of emotional support, which is why you feel all bow-chicka-WOW-wow when he cleans, cooks or brings in the groceries without being asked. (As far as I’m concerned, that’s superhero s*** right there.)

Getting in touch with your sexuality
How every relationship can benefit from sex toys
Low sexual desire in women: The problem and the solution