There are some frightening superbugs out there, but none is more likely to make you swear by monogamy than drug resistant gonorrhea. Here’s what you need to know about this looming health crisis. 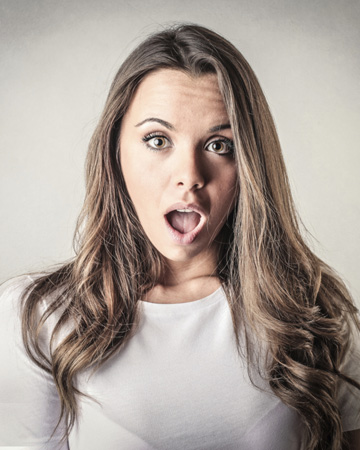 The world was changed forever with the introduction of antibiotics in the 20th century.

Diseases that had previously carried a lifetime of debilitating symptoms or even a death sentence — like syphilis, gonorrhea, staph and strep infections — were suddenly curable with a dose of antibiotics. With an easy treatment, it appeared that researchers could move on to more pressing concerns, like finding cures for cancer or HIV.

Unfortunately, the bacteria responsible for serious conditions like staph or gonorrhea have morphed over time. Antibiotic treatments from the past are no longer effectively working to clear many infections. In particular, one of these infections — a drug-resistant strain of gonorrhea — is causing alarm for many doctors and public health officials.

Gonorrhea is more common than you think

According to WebMD, the early symptoms of gonorrhea mimic other common conditions. Infected women often report:

When effectively treated with antibiotics, the symptoms and infection will clear up and the sufferer can go back to life as normal. The problem arises, however, when an infected person either doesn’t treat the disease or the antibiotics don’t work properly. In these cases, infected individuals are at risk for pelvic inflammatory disease, infertility, ectopic pregnancy and even death.

As far as treatment goes, the CDC recommends a dual-antibiotic approach. Thankfully, this approach still clears most infections without any issues. The CDC, however, is extremely concerned that drug-resistant strains of gonorrhea are popping up in all regions of the U.S. Already, one antibiotic has ceased working the way it was designed, such that the CDC no longer recommends its use.

Doctors are now down to two antibiotics left to effectively treat gonorrhea, and many cases of gonorrhea infection are showing resistance to one of these two remaining antibiotics. Essentially, all of our eggs are in one basket in terms of treatment. Doctors are concerned that it’s only a matter of time before gonorrhea is resistant to all of our available antibiotic treatments.

Don’t mess around with sexually transmitted diseases. Of course, STDs like herpes or HIV have never had a cure that lulled people into complacency. With the advent of drug-resistant gonorrhea, however, it’s all the more important that you remain vigilant about your sexual health. Here are some rules to live by:

The good news is that a gonorrhea infection is highly preventable as long as you advocate for your sexual health needs with your partner. Good luck out there. It’s a jungle.