Even though what happens between the sheets is only a fraction of what makes a fulfilling relationship, still — it’s a pretty important fraction. You might think the only options are to bruise his ego or continue bruising your vajay-jay, but there are plenty of ways to go from sparklers to fireworks in the sack. 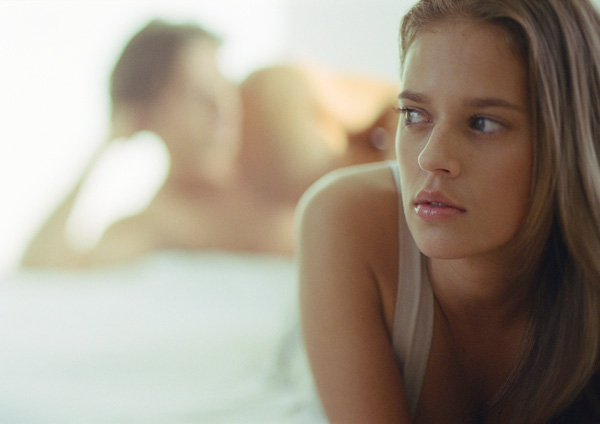 Your gut reaction might be to scream, “What the f*** was that?” Resist the urge. Get dressed, limp out of the room and collect your thoughts. Here’s how to decide the best course of action for your relationship (pun intended):

In other words, don’t just focus on the act — take into consideration what happens leading up to the act that might be impacting his performance. For example, does bad sex happen after too many cocktails or not enough sleep, after a long day at work or during a tight deadline? Then, make adjustments.

Define what “good sex” is for you

You have to know what your definition of “good sex” is — how else will you be able to transition from “no” to “oh” in the bedroom? “I ended up marrying the guy who was terrible in bed because I thought it wasn’t that important,” says Donna. “Oh, how wrong I was!”

“Our bodies all respond differently to various sexual stimulation,” says Carol Anne Austin, sex educator and psychotherapist for Kimberly Moffit and Associates. “It’s really important to let our partners know what we like and listen to what their preferences are.”

“You’re in this together, so make it about the two of you, not a finger-pointing session where you list his downfalls,” says relationship expert April Masini. Chances are he’ll have a complaint or two as well — make any sex discussions you have a proactive, two-way street.

“Always discuss sex outside the bedroom so you don’t tie negative feelings to your respective homes,” says Masini. “Negative feelings about sex will sabotage good sex.” Go for a walk or drive together and find a quiet place to communicate.

Instead of turning the issue into an educational discussion that might scare his penis away entirely, just chat casually — and periodically — throughout your relationship to recap and become closer. “Recount memories of sexual experiences you’ve had together and the specific things you found to be exciting,” says Austin. “This can be a great way to open up about your preferences while keeping your partner’s ego intact.”

Read to each other

Don’t fake it till you make it

“If you’re faking your O, then your partner will think he’s doing a great job and will keep doing what he’s doing,” says Austin. It’s completely OK to not have an orgasm, especially when you’re still getting to know each other’s preferences. It really can be as simple as saying, “This is what I like,” and “This is what I don’t.” There’s no need to make it personal.

Even after pointing out where improvements could be made, Belle found her lady parts were still being ravaged by her boyfriend — and not in a good way. “I jumped out of bed and yelled, ‘You’re hurting me! I’ve told you this before!'” His reply? “I forgot.”

If he’s generous and acts like the little engine that could, the journey’s worth it. However, if he’s stingy and doesn’t seem to care about your needs at all, that’s a huge deal breaker.

23 hrs ago
by Nadine Avola