Jaws dropped when Princeton-educated author Susan Patton recently asserted that women should spend the majority of their energy finding a husband while they’re in college. Here are the reasons why she’s dead wrong. 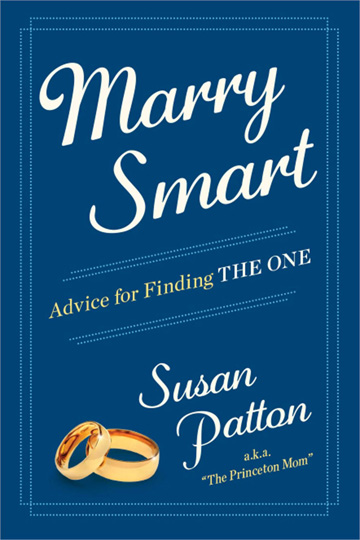 Susan Patton should know better. She’s an Ivy-League-educated woman who is likely pretty smart and has probably seen a thing or two in her day.

Instead, she recently unleashed a firestorm by telling young women in her book, Marry Smart, that they should spend their college years focused on finding their future husbands. While elements of her book contain realistic advice, most of it needs to be thrown out the window with vigor and a feminist roar.

The dubious thesis of Marry Smart

Perhaps I have a bit of a chip on my shoulder. Or perhaps, like many women from a middle-class background, life taught me that positioning myself to be plucked up by a well-pleased man didn’t turn out so well.

The fact of the matter is this: Half of marriages end in divorce, and we all know that a pretty large portion of the ones that don’t can still be quite unhappy. As a woman, you better be sure that you’ve taken your career and your personal fulfillment seriously, both before and during marriage. But what does this Princeton-educated author tell young women they must do during their college career? She offers us these gems:

I know firsthand the importance of taking professional development seriously as a young woman. The community I grew up in taught me that I’d be taken care of by my husband and that my focus needed to be on becoming the type of woman a good man would want to marry, which was defined as being attractive, submissive and a good housekeeper. For some reason, though, I still managed to fall into a college education and a solid career path. Not a day goes by that I’m not thankful for this path, since my marriage fell apart as a young woman and I was left alone to care for my daughter as a single mother.

My education paid for my livelihood, not my husband. An investment in education — both financially and emotionally — is what protects the average woman from the ever-present threat of situational poverty. Education is what protects the future of women, whether they have a perfectly-groomed American dream lifestyle or not. Let’s not diminish the gift of education by calling it a thinly-veiled social club in which women can meet a credentialed man to marry and make babies with.

Men aren’t ignorant, they’re just jerks
6 Steps to prevent sexual assault
What I’ve learned from being with the same man in my 20s