One thing’s for darn sure: The most controversial Bachelor ever did give us a nice reminder about what a healthy relationship isn’t. We talked to the original Bachelorette, Trista Sutter, to get her take on what went wrong. Let’s reflect, shall we? 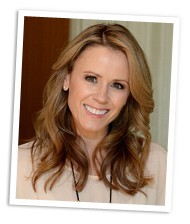 One thing’s for darn sure: The most controversial Bachelor ever did give us a nice reminder about what a healthy relationship isn’t. We talked to the original Bachelorette, Trista Sutter, to get her take on what went wrong. Let’s reflect, shall we?

Let’s face it — Juan Pablo’s definition of honesty all season has been pretty much saying whatever he wants with little to no regard for how it makes the other person feel. And well, it’s not OK. As Trista put it, “There’s a difference between being honest and being disrespectful. You can still be honest and be kind,” she explains. “I think Juan Pablo was being honest, but for some reason he thinks being honest isn’t holding back necessarily. It seems like he’s out of touch with the other partner and is more focused on his honesty and whether he’s feeling it. He’s not really concerned with the two-way street part of it.”

Those three little words do have to be something that comes organically and from the heart. You can’t force it, not even under the pressure of a national audience. According to Trista, the one part in the finale that actually did make sense last night was that they were just a happy couple. “They shouldn’t be forced into saying, ‘I love you.’ Juan Pablo clearly wasn’t feeling it,” she says. “You have to let the relationship happen.” And sometimes that means being patient and getting to know each other on a deeper, much more intimate level.

Your gut may be the smartest person you know

If there’s one piece of advice Trista wishes she could give to Nikki (and all women) it would be to listen to her gut. “It seemed like she didn’t want to take the final rose. She hesitated and then said, ‘Cool.’ It just seemed kind of juvenile. I think she needs to dig deep into who she is and what she wants and really have a heart to heart with herself [about] whether this is a relationship that will make her happy in the future.”

Never settle for less than you deserve, seriously

One minute Juan Pablo’s saying all the right things to Clare talking about their future babies together, and the next he’s heartlessly dumping her on national TV saying he’s glad he didn’t pick her. Um, what? No matter what you think of Clare, Juan Pablo was clearly in the wrong on that one. “Whether it’s paper towels or your partner, you should never settle for second best,” advises Trista. “Like Clare, my heart too was broken, but I realized that my life wasn’t over and I didn’t want to settle for someone who didn’t want to be with me. You should always go for what you truly need and what you truly want. I think Clare finally realized that in the end.”

We have no idea what the future holds for Juan Pablo and Nikki (mostly because he refused to tell us anything at all). We surely hope he’s communicating better with Nikki. “Relationships coming off reality TV aren’t necessarily 100 percent solid until you take it to the next level after the show ends,” explains Trista. “Ryan and I talked on the phone about 10 times a day. You have to be openly communicative about your wants and needs. And really, you need to be together and in the same town in order to solidify your relationship.”