When it comes to online dating, some say men aren’t too picky, but after examining six million interactions between AYI.com members, we’ve proved them wrong. 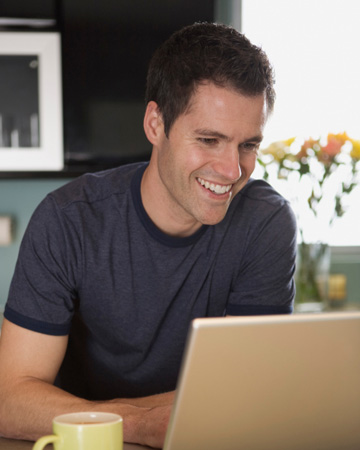 According to our data, men are pickier than we ever thought — and they care about more than just looks.

Below are the five things men are looking for online and tips to make your online dating profile more man friendly.

Fans of the progressive English band should find a lot of success online as it turns out that men are most often filtering their online dating searches for women with the interest “Pink Floyd.” Other popular male interests were Candy Crush Saga and Sex in the City, surprisingly enough. So don’t be afraid to let out your inner Carrie Bradshaw!

For women that make under $20,000, it’s best if you leave your income field blank — you will get contacted 20% more if you stay mute on the issue.

Men most prefer women in legal, marketing and finance fields, which makes sense since they are looking for huge salaries, too. And interestingly enough, if you don’t work in any of these fields, it’s best to leave your career blank! Leaving it blank gives you an 11 percent better chance of getting contacted by a guy.

Retired women get the least love (41 percent less than women in legal), followed by women in labor and construction industries (30 percent less).

In addition to searching for women in high-powered fields, men are much more likely to contact women that have completed college. A woman with any collegiate degree (associates, bachelors, graduate or Ph.D.) is nine percent more likely to be contacted online than women that had just a high school diploma. Our advice? If you don’t have one, get one. (And not just for men, but for yourself!)

Love comes in all shapes and sizes but some shapes get more love from men than others online. After examining over three million interactions on AYI.com, we found that men across the board prefer women that identify as “athletic and toned.” Women in this category even fared better than women that identified as slender. But that doesn’t mean that there isn’t love for other body types. For example, curvy women find more love in these five cities.

Embrace your body type. Eighty-two percent of men said that if they met a woman who was a perfect match except for her body type, they would still give her a chance.

VIDEO: Real men give a F***
Science proves that athletes are sexier
5 Things 20-somethings think they know about love

15 hrs ago
by Morgan Mandriota