If you have a big date this weekend and you’re obsessing if you should wear your hair long, short, curly, straight, up or down, read this first. 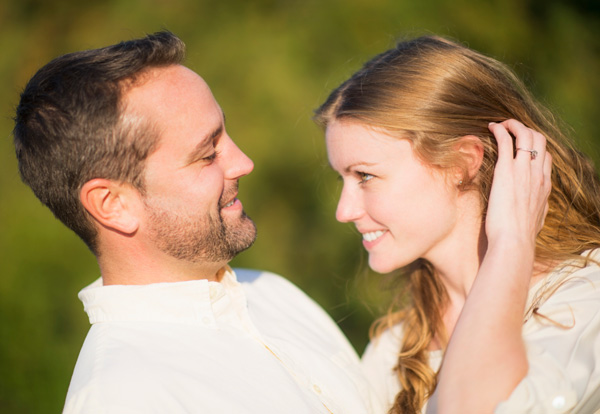 My boyfriend had long, stringy, messy hair and I didn’t care much because he was really good to me and he was a really nice guy. My hair is long, blond and thick and like most women I toil over it endlessly. So you can imagine my shock one day when we were getting ready for his birthday party and he said, “Can I ask you a favor for my birthday party?” When I answered “sure” he asked that I straighten my hair (instead of wearing it wavy as I often do).

I was shocked. Here was a guy who made Dee Snider’s hair back in his Twisted Sister days look neat and tidy and he had a preference about my hair. WTF? I wanted to pop off and say, “Yeah, I’ll straighten my hair as soon as you wash yours, get it trimmed (for the first time in two years) and have the bird’s nests eradicated from your unruly eyebrows.” (It was his birthday, so I refrained.)

It’s fascinating that guys care so much about our hair, but they do and here’s proof.

Does our hair reflect our personality?

When TRESemmé surveyed 1,000 men and asked them this question, 82 percent said that our hair says a lot about who we are as a person. That’s not terribly astonishing. What is astonishing is that 18 percent of the men said, “I’m not even paying attention.” Whaaaa? Doesn’t that mean that almost one in five men doesn’t give a rip what our hair looks like? Where are those guys?

Before you spend hours deciding how your hair will be best received by your date, you should know that thick, long and wavy locks garnered the most attention from men in this survey (of course it did, since this is the most time-consuming hairstyle EV-er) but long and sleek was a close runner-up.

It’s interesting to note that these styles were neck and neck in the running, with long and wavy winning the 35 and older crowd, and young lads going for long and straight styles. So if you want to catch the eye of the hot young guy in the sales department, better reach for the straightener. According to the results, men will tolerate a ponytail, but they aren’t really feeling braids and updos (because that would be too convenient for a hairstyle to be quick, easy and still viewed as sexy by men).

So the bad news (especially if you have short hair) is that guys prefer long hair (wavy or straight) and they prefer it down by a whopping 84 percent. OK, we get it — long and down = good, short or up = not so good.

The good news is that 73 percent of men don’t mind waiting while we fix said mop because they know it will “look gorgeous when we’re done.” Twenty-seven percent of the men said they hate waiting because they’d rather be doing other things (presumably these are the guys who aren’t paying attention to our hair).

If you have short hair or better things to do with your time than labor intensively over your long locks, take heart. This survey also revealed that the very first thing men notice about a woman when they are out is her smile. Next they notice her dress, then her hair, then if she’s wearing a ring and lastly her dance moves (thank heavens).

So THAIR you have it. (You didn’t expect to get through an entire article on hair without one really bad mutation of the word “hair” did you?)