Money is often cited as the number one cause of divorce, but is that really the case? Here, we asked divorced women to share what really caused them to take the plunge and go their separate ways. 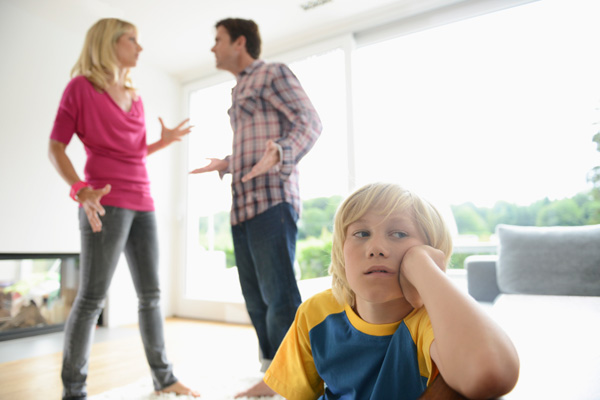 Study after study shows that money is a main cause of divorce. It’s not how much a couple makes, though — it’s fights about money and the long recovery time that takes a toll. Perhaps the issue boils down to communication — but either way, divorce in the U.S. is prevalent. We wanted to know if disagreements over money really were what made couples go their separate ways — so, we asked.

I knew it was time when we stopped having sex, started sleeping in separate rooms. He changed his phone number, shaved, showered, packed a bag, got dressed on every Friday night and didn’t come back ’til Monday and ignored his birthday cake on the kitchen table while the kids sat in the window excited to surprise him with it only to be let down. – Allison

I didn’t recognize myself

After 16 years of marriage, I looked in the mirror one day and did not even recognize myself. Years of affairs and emotional abuse, I decided at age 40 I couldn’t take anymore. I had become a shell of a woman and I deserved to be happy, so I filed for divorce. I knew I deserved better than what I was living. – Karen

It was my best option

I remember sitting in my therapist’s office (the thought of not making good on a lifetime promise was tearing me apart) and having her run down scenarios — stay married until the kids were raised, have an open marriage, live separate lives in the same house — and I realized that each of those were distasteful. Truly, my best option was divorce. – Jill

I did it for my daughter

I have to admit, I hemmed and hawed for a long time, over two years to be exact. I had small children and I really thought that it was best to remain a family for the sake of the kids. One night before Halloween, my ex and I had a massive fight. I learned he had kept something from me and made a decision for our family without consenting me. We had a massive fight and trashed our bedroom. When we finally stopped, my daughter, then 9, was standing in the doorway. I have no idea how long she was standing there. She was crying. I vowed that I would never let her see us fight like that again (and she had heard us argue previously). That was a Thursday night. I filed the following Monday. – Anonymous

I was dying on the inside

Money wasn’t an issue for us. We had plenty, and more on the way. The problem was I was dying inside and resented my husband for suffocating the person I used to be. The ‘Door to Divorce’ opened the night he questioned my hatred for him, and I admitted the truth. – Tara

I found him on Match.com

I knew it was time for a divorce when I found him on Match.com! I suspected he might be on there after he made a comment on Facebook to someone looking for great dating sites. He commented that Match.com was a great site. Caught red-handed! – Amanda

Neither of us wanted to try anymore. We got to a point where we both just didn’t care. I believe if one person is willing to do everything they can to save the marriage, then it can be saved. If neither person is willing nor wanting to, it’s time to move on (at least that was the case for me). – Danielle

Debate: Should incompatibility be valid reason for divorce?
Myths about dating after divorce
The new way to move on: Divorce party

58 mins ago
by Katherine Speller