Once considered the realm of only mystics and gurus, energy healing is now mainstream, and in some hospitals on the West Coast is being used as part of a regular treatment plan. 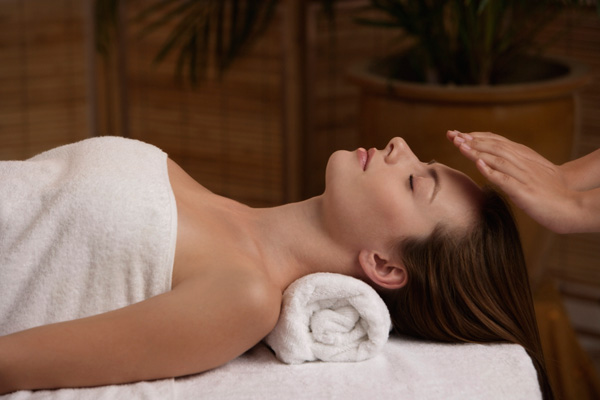 What is energy medicine?

This therapy is based on the ancient belief that changes in your body’s energy, or bio-field, can affect your health. The human biofield consists of pathways (meridians) and energy centers (chakras) related to your nerve centers, endocrine glands, internal organs and the circulatory system.

Practitioners of this form of healing say that our energies can become blocked due to long-term emotional stress or physical damage, which can then cause problems in the physical body.

Energy medicine practitioners are trained to find these blockages and then apply treatments that are designed to restore you to a healthier balance.

One of the more common practices of energy medicine is Reiki, a Japanese term for vibrational energy therapy. Developed in Japan in 1920, Reiki was brought to the U.S. 20 years later by Hawayo Takata and has gained in popularity in recent years.

The Reiki way: 5 Ways it can make you happier >>

A 2012 study at Hartford Hospital in Connecticut concluded that Reiki treatments improved patient sleep by 86 percent, reduced pain by 78 percent, lowered nausea by 80 percent and decreased anxiety during pregnancy by 94 percent. Seventy-five percent of the patients who participated in the study also said that they would “definitely want service again.”

Reiki practitioner Celeste Yarnell, Ph.D., says, “It has been effective in treating everything from mild imbalances to life-threatening illnesses. Reiki is a wonderful anti-aging technique because it increases blood flow to areas where it was restricted, allowing the body to cleanse itself more deeply. Reiki can also realign muscles, nerves and even bones, improving energy and information flow throughout the body.”

A National Health Interview Survey indicates that 1.2 million adults and 161,000 children received one or more sessions of energy healing therapy such as Reiki in the previous year.

According to the American Hospital Association, in 2007, 15 percent of U.S. hospitals offered Reiki as part of their services. UCLA’s Urban Zen Integrative Therapy Program offers Reiki aromatherapy, yoga and mindfulness training as part of its rehabilitation services.

There have been a number of intriguing studies published since 2006 in the Journal of Alternative and Complementary Medicine, Holistic Nursing Practice, Gastroenterology Nursing, and other sources that claim that Reiki and energy healing can lead to:

Improvements in pain, depression and anxiety in older adults. Older adults who received a 30-minute Reiki session once a week for eight weeks reported significant decreases in depression, anxiety and pain compared to those who received no treatment.

Other research suggests Reiki may also:

If you’re chronically anxious, stressed, depressed or in physical pain, give Reiki or other forms of energy medicine a try. You’ll emerge feeling rested, relaxed and refreshed, with a new outlook on life and likely a rejuvenating effect on your health, too.

More on help for aging

Fitness tips for women working out over 50
Youthing: How to reverse aging