A new study shows that removing both breasts in breast cancer patients — even when one is cancer-free — yields higher survival rates. 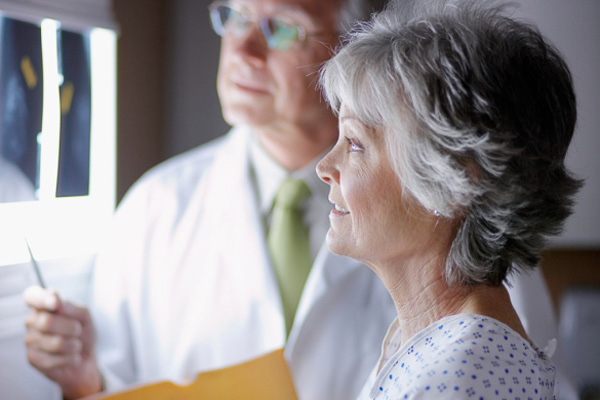 Healthy breasts gotta go! A new study in the British Medical Journal finds that patients with a mutation in their BRCA1 or BRCA2 gene had a lower risk of dying from breast cancer when they opted to remove both breasts in what’s known as a contralateral mastectomy.

Women with these mutations have about a 60 percent to 70 percent chance of developing breast cancer during their lives. Without the mutation, people have an average risk of developing cancer at 12.4 percent, the National Cancer Institute says.

Investigators looked at medical records from 390 women who were diagnosed with Stage 1 or Stage 2 breast cancer between 1977 and 2009. All of the women had a verified high-risk mutation in one of their BRCA genes, or they were from a family that had a member with the mutation.

Out of 390 women, 44 chose to remove both breasts during the same surgery — even though one breast was cancer free. Among the 346 who initially had a single mastectomy, 137 chose later to remove the cancer-free breast. On average, the gap between the surgeries was 2.3 years, probably because women didn’t know they had a BRCA mutation, researchers say.

During the 20-year study span, 31 percent of the women who only removed one breast died of breast cancer. The women who removed both breasts, on the other hand, were 48 percent less likely to die of the disease.

Debate: To remove both breasts or one?
The new mastectomy
Negative BRCA test doesn’t mean you can’t get breast cancer

24 hrs ago
by Meredith Goldberg