Once upon a time, my boyfriend and I broke up. Afterward, I did what any self-respecting woman would do: I avoided him and everything connected to him. 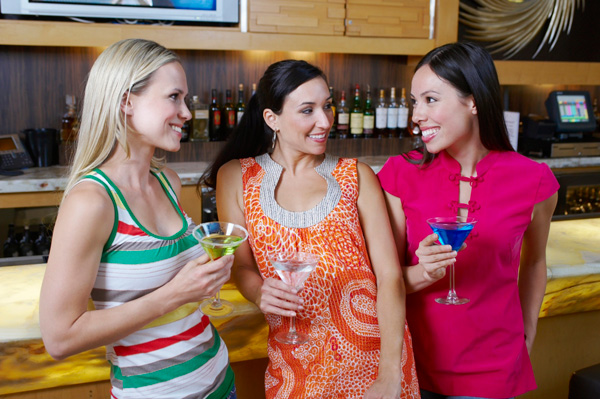 “Maintaining a healthy distance from your ex is crucial in order to process your feelings about the breakup,” says licensed psychotherapist Rhonda Richards-Smith. “It’s important to maintain healthy boundaries so you can move forward.”

Little did I realize at the time, the boundaries I’d created were a little too… Fort Knox. I went through this ginormous period of emotional constipation, where I wasn’t in denial over the fact that I was single, but I wasn’t reacting to the breakup, either. Don’t get me wrong, I tried: I went through all of the breakup steps we’re taught by our family, friends and Cosmopolitan magazines. I even did all of the stupid breakup crap you’re not supposed to do, thinking it might spark an emotion. Nothing. Nada. Zilch.

“Emotional avoidance is a common way to cope, as many people view negative emotions as unpleasant and potentially dangerous, thus they ought to be avoided,” says Carol Anne Austin, psychotherapist at Kimberly Moffit and Associates. In the short-term, it’s great because we can mosey on with our day, but in the long-term, not-so-great because we’re creating a pile of negative emotions we’ll have to face later (which explains why I’m still not over the soul-crushing experience that was elementary school track and field).

“Out of sight out of mind is a great transitional step to help someone move on,” says relationship expert April Masini. “But it’s like having a cavity and to avoid the pain, chewing only on the other side of your mouth. It doesn’t get rid of the cavity, which is getting worse, but allows you to live your life without dealing with the pain.” (Crap, I’ve been doing that too!)

So how can you use the “out of sight out of mind” technique to your advantage? By not using it as a way to suppress your emotions and skip over the grieving process (i.e., “His dirty socks aren’t on the floor anymore, so I’m going to pretend they were never there in the first place.”), but instead using it to find your way back to the independently fierce woman you used to be.

No two people move on from a breakup the same way, and every grieving process has to be customized based on the sour relationship you’re moving on from. Allow the waves of emotion to strike — don’t resist them. Let them pass through you like a storm. Even if you don’t know why you’re upset or can’t put your feelings into words, you don’t need to right now. You just need to feel them.

And if you happen to bump into your ex here and there after the initial grieving process, don’t panic: Use each run-in to gauge how you’re doing. “When you’re able to focus less and less on your past relationship and the specific conversations, situations and fights, and more on your future,” says Richards-Smith, “you’ll know you’re on the right path.”

12 hrs ago
by Monica Beyer