All states currently allow no-fault divorces in some form or another, but a Kansas bill would eliminate this choice for its residents seeking to end their marriage. 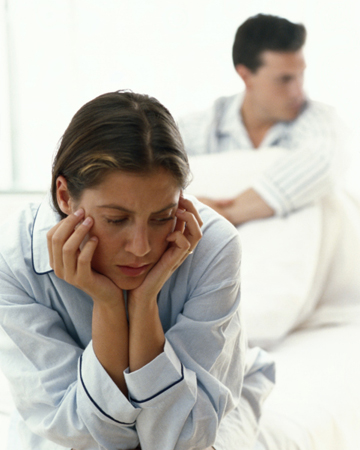 Should incompatibility always be an option for couples looking into divorce, or should marriage dissolution be a harder road to travel?

Nobody gets married and expects to get divorced. Marriages are entered into with love, mutual respect and expectations that both parties are committed to in the relationship and will work hard to keep the marriage intact. However, divorce is an unhappy reality for many couples who had hoped to grow old together. Prior to the latter half of the 20th century, those seeking divorce in the U.S. had to show fault, such as adultery or mental illness.

However, in 1969, California wrote no-fault divorces into law, and each U.S. state has since then followed suit. In some states you are required to separate for a period of time prior to being granted the divorce, while other states have both types of divorce available. Kansas, however, is working on a bill that would revert it to its former status, and would require its citizens to prove one party is at fault if they desire a divorce. As expected, opinions are divided on this topic, with as many pros as there are cons. Which side do you fall on?

Marriage is worth fighting for

There are quite a few who feel that a marriage should be a difficult thing to get out of, and may help deter those who are getting married for the wrong reasons. With the divorce rate as high as it is nationwide, these folks think that marriage shouldn’t be discarded so easily. “I don’t think you should get divorces based off incompatibility,” shares Lindsay from Texas. “I have always believed it to be an ‘easy’ out.”

She is not alone. “You marry a person for a reason!!” writes a user on KCTV5’s Facebook page. “You make vows to them and to each other! People think marriage is a joke these days because hell if it doesn’t work out just get a divorce! Wrong! Just because something is broken doesn’t mean you just throw it away without trying to fix it first!! I guess I just have wonderful examples around me as far as marriage goes. In my family, if you have a problem you don’t just run from it, you run straight into it and face it head on and fix it.”

Too much government interference

Even before you get married, knowing how to discuss differences and weather conflict is crucial to the lifetime of your marriage. “It’s not how much you argue that determines whether your marriage will last, but rather, the way in which you argue,” says David Maxfield, co-author of The New York Times bestseller Crucial Conversations. “Couples reduce the likelihood of divorce by 50 percent when they improve the way they discuss high-stakes issues, differences of opinion and emotional topics.”

He offers the following tips for effective communication:

Manage your thoughts. Soften your judgments by asking yourself why a reasonable, rational and decent person would do what your significant other is doing.

Affirm before you complain. Don’t start by diving into the issue. Establish emotional safety by letting your significant other know you respect and care about him or her.

Start with the facts. When you begin discussing the issue, strip out accusatory, judgmental and inflammatory language.

Be tentative but honest. Having laid out the facts, tell your significant other why you’re concerned. But don’t do it as an accusation — share it as an opinion.

Many women we spoke with, however, felt that the measure would be a definite move backwards. “I think anyone should be able to get a divorce no matter what the reason,” says Charlene from New York. “If your marriage isn’t working and someone isn’t happy, what business is it of the government as to why it’s not working? Your life, your marriage, your choice.”

Liz lives in Australia and she has the benefit of a unique perspective. “My mum got divorced before Australia became no-fault divorce, and I have read the court papers,” she shares. “To be dragged over hot coals, and have contraception, domestic abuse and other personal issues argued over in a public forum is BS. It would have been so humiliating for her. Granted, this was in the early 1960s, but I was horrified.”

Relationship experts have unique insight into the inner workings of the relationship that bring couples to the altar — and sends them to their lawyers when things aren’t working out.

“While I’m a big believer in the vows of marriage, outlawing no-fault divorce is as impractical as teaching abstinence,” says Evan Mark Katz, relationship expert. “In other words, you’re trying to outlaw normal human behavior. If I were going to do something that ridiculous, I’d institute a two-year window before anyone could get married, thereby insuring a lot fewer divorces in the future. But as it stands, people are going to marry for the wrong reasons — lust, fear, passion, pregnancy, etc. And if there is any valid reason that two people should be getting divorced, it is for the aforementioned ‘incompatibility.’ If two people are miserable and mismatched, you shouldn’t need proof of spousal abuse to break up.”

David Maxfield, co-author of The New York Times bestseller Crucial Conversations, feels the same. “I don’t like it,” he says. “I don’t think it will make marriages stronger. Instead, it will keep people in failed marriages that ought to end, and will assign blame in a situation where blaming doesn’t help. As a behavioral scientist, here is my main concern. This proposed law takes a personal, moral issue, and tries to make it a legal issue. Marriages should work because couples want them to work — not because a law makes them difficult to end.”

What to consider before filing for divorce online
Is your relationship worth a second chance?
Myths about dating after divorce