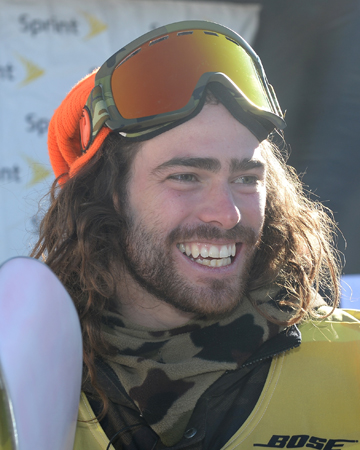 Maybe it’s not so surprising that you find athletes attractive because new research shows that facial attractiveness may in fact be an indicator of athletic performance. A recent study showed that out of Tour de France finishers, the fastest ones were the most attractive.

According to an evolutionary biologist at the University of Zurich who did a study on 2012 Tour de France athletes, there is a link between performance and physical looks. In the study, Dr. Eric Postma showed that people found the faces of the top performers more attractive than their slower competitors. This begs the question: Does being attractive make you a good athlete or does being a good athlete make you attractive?

For Postma, it’s a question of biology, and as he wrote in the abstract of his study, “Females often prefer to mate with high-quality males, and one aspect of quality is physical performance. Although a preference for physically fitter males is therefore predicted, the relationship between attractiveness and performance has rarely been quantified.”

And it wasn’t just the ladies that were loving on the cyclists; more than 800 people, both men and women, rated the male cyclists.

So is it that attractive people are simply more destined for athletic greatness than their less attractive counterparts? It’s possible, at least from an evolutionary scientific perspective. “[H]igh endurance performance is thought to have been the target of selection in early hominids, as being able to efficiently cover large distances allowed for more efficient hunting, gathering and scavenging, resulting in a number of uniquely human adaptations,” says Postma.

To put it in more simple terms, to prove that you are a good potential partner, you have to be able to run down your food, and to do that you can’t be a lazy couch potato.

These days we’re not chasing down our food anymore, but we still behave in very biological ways, and as Postma says, “across cultures, women place a lot of value on the provisioning ability of their prospective partner.”

In other words: You may be scoping out that guy you cross on your daily morning run, and while you thought it was because he looked like he could make for a nice running partner, maybe your desire was a little more biological than you thought.

At least you now have a scientific reason for ogling those Winter Olympics athletes, and let’s not forget David Beckham in that H&M commercial, Tom Brady and all the other men who come up when you Google “hot male athletes.”

The most attractive trait in men is…
Are you in love with your workout buddy?
How to make ourselves more attractive to our date