Your coffee habit could be caffeine use disorder. Find out how to tell if you have CUD, and how to treat it. 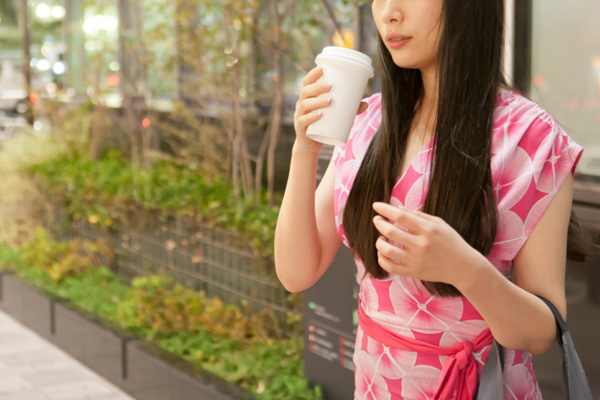 Didn’t get your morning java? If that makes you feel like a junkie without her favorite drug, well, you just might have caffeine use disorder (CUD).

CUD is a recognized disorder, and thanks to Laura Juliano, Ph.D., a psychology professor at American University, and her colleagues, it’s finally in the spotlight. Juliano published a study in the Journal of Caffeine Research that details the symptoms and causes for CUD. The World Health Organization acknowledges this disorder.

Symptoms of CUD include having a strong desire for caffeine, a rising tolerance to the drug and difficulty controlling how much you consume. The disorder is also marked by withdrawal symptoms when you try to lower your intake. Those symptoms include fatigue, trouble concentrating and headaches.

Why has it taken so long to get CUD on the map as a real issue? Perhaps it’s because you just look so good “wearing” a Starbucks cup. Or because you’ve “gotta have your Dunkin.”

Juliano said that many people don’t pay attention to the negative effects of caffeine because it’s such a socially acceptable drug. In other words, people think that drinking coffee is chic — but they don’t realize how harmful it can be if intake gets out of control.

People who have a medical condition hampered by caffeine and are instructed to kick the habit may continue consuming it because they simply cannot stop. That’s when it’s a problem.

People consume an average of about 200 mg of caffeine daily, the study says. Juliano says it’s important not to have more than 400 mg per day, which is equal to about two or three 8-ounce cups of coffee.

Pregnant women should not have more than 200 mg daily. And if you experience anxiety, insomnia, high blood pressure, heart problems or urinary incontinence, you should limit how much you have.

Do you have CUD?

Dr. John R. Hughes, a psychology and psychiatry professor at the University of Vermont who contributed to the study, says the best way to see if you have CUD is to stop using caffeine and see if you have withdrawal symptoms. Many people won’t, but those who do should consider that it may be a viable problem. Or they can accept the fact that they have an addiction. It’s not the same as addiction to alcohol or other drugs, though, because moderate doses of caffeine are not harmful.

Hughes says there’s no real treatment for CUD just yet — though studies indicate that people who know they have a problem say they would seek therapy or turn to self-help books.

To treat your CUD, you can gradually cut down over a month or so. Take your time, Hughes notes. Switch to a half-caf blend or choose a smaller cup of coffee instead of a large one. Those small steps can help you control your caffeine use and enable your body to reap the benefits of caffeine.

Why you should give up caffeine and what to replace it with
How much caffeine is safe during pregnancy?
Are energy drinks safe for teens?