Think you’re a know-it-all in reproductive health? A new study finds that women know less than they think.

Related story The Covid Vaccine May Affect Your Period — But No, It Doesn't Cause Infertility 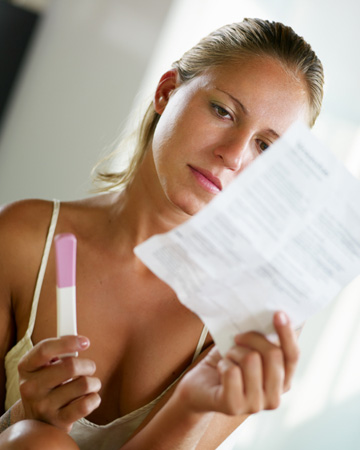 Women know it all when it comes to, you know… down there. Right? Not so, according to a new study in Fertility and Sterility.

The research was conducted by professionals at Yale and shows that American women are kind of clueless about their reproductive health.

What else are we missing?

And now, time for more shockers:

“It is important for women to empower themselves and seek information from their OB-GYN in order to measure their AMH or get an ultrasound to measure follicle count,” Danzer said. More than 50 percent of fertility issues are related to diminished egg reserve, which is a big number, he added. “With advanced technology such as vitrification for egg freezing, there are now ways women can preserve their fertility.”

“This study, on one hand, brings to the forefront gaps in women’s knowledge about their reproductive health, and on the other, highlights women’s true concerns which are often not discussed with their health providers,” said Dr. Jessica Illuzzi, an associate professor at Yale School of Medicine’s Department of Obstetrics, Gynecology and Reproductive Sciences.

Though many women say they want to have children, the study showed that women weren’t too knowledgeable about the process.

In fact, half the respondents thought having sex multiple times a day would give their chances of conceiving a boost, while more than one-third said a certain sexual position could give them an advantage. Just 10 percent knew to have sex before ovulation, rather than after ovulation, in order to become pregnant.

First Response also looked into how women approach family planning. In the study, 38 percent of women say the economy interfered with them trying to get pregnant, while 25 percent say work and parenting were impacts.

Serena Chen, M.D., Director of the Division of Reproductive Endocrinology in the Department of Obstetrics and Gynecology at Saint Barnabas Medical Center in New Jersey, said that discussing sex, sexual function and reproduction should be a routine part of preventive health care — but most physicians don’t discuss it.

“This leads to a lot of misconceptions about conception and sex and increases the risks for sexual dysfunction, depression, anxiety and the ‘Uh oh I forgot to have a baby and now it’s too late’ syndrome we see so often in our society,” Chen said.

Instead, doctors and patients need to make an effort to pay more attention to these issues, so that they can optimize health rather than just treat preventable problems, Chen added.

3 Things you must know about your reproductive health

So, if we’re not too bright about our sexual health, where can we turn for good information? The study showed that 75 percent of women in all of the age groups turned to health care providers, while 40 percent hit the internet for know-how.

We get the message — we may not be know-it-alls after all…so what should we know about our reproductive health that we may not be aware of?

When it comes to fertility, Danzer said that women should:

“Especially for women, there really is a biological clock and age is a very significant risk factor for infertility,” Chen said.