A survey conducted by a new site for women, SheByShe, polled their readers on guilty pleasures. The takeaway? You’re not the only one who goes home after work only to chow down on the jumbo bag of peanut butter M&M’S.

Related story How to Handle Emotional Eating During the Holidays 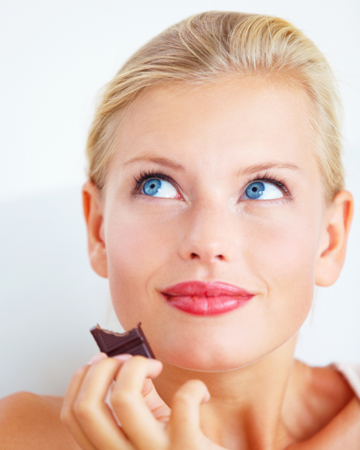 Junk food, chocolate and eating in general ranked in the top 63 percent when women were asked about their weapon of choice. Only 6 percent of women consider sex as a guilty pleasure. You could look at this one of two ways.

One: Women don’t see sex as relaxing or as a means to release stress or to “escape.” Registered dietitian and blogger at Nutrition Unplugged, Janet Helm said, “This study confirms that women are juggling hectic schedules that lead to the common need to relieve stress and escape.”

It’s easy to then conclude that women aren’t enjoying sex as much as we’d like to think. When stressed out, instead of thinking, “Man, I really need 30 minutes of getting frisky when I get home tonight,” our first thought is, “Pass the chocolate.” But maybe that’s just it. Food is more readily available when you’re on the go or stressed at the office (suddenly office affairs have a whole new meaning).

“Women should feel like they have permission to take time out of the day to enjoy a treat,” said Helm. Whether it’s sex or food, we agree. We hope these guilty pleasures can one day just be pleasures. One SheByShe reader has the right idea saying there’s no such thing as a guilty pleasure.

“When women learn to disassociate food from guilt, it moves them in the right direction. Food should be enjoyed, not feared,” said Helm.

Whether you consider sex to be a guilty pleasure or not, we will leave you with this: Sex should be enjoyed, not feared. 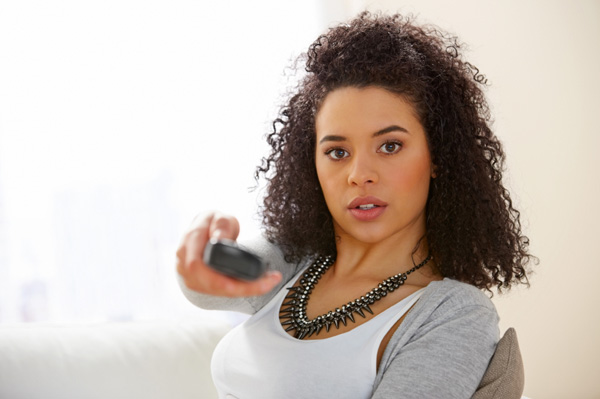 Click here to learn
how your guilty pleasure is hurting
your health.

More on love and sex

How intimate would you get with your smartphone?
5 Things 20-somethings think they know about love
I think my crush might be gay