If you are a regular reader of my column, you know that several months ago I placed myself in a dating timeout. Something happened recently that made me realize it might be time to put myself back out there. 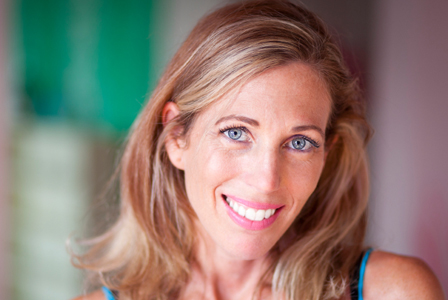 The last couple of relationships I was in made me feel trapped. I lasted six months with the first one, and three months with the last one. The moment the relationship started to function like a marriage (the guy started farting in front of me or asking me to unload the dishwasher) was the moment I bailed. I stayed married to my ex for two decades because I was crazy about him and my kids. I wasn’t crazy about either of these guys and we didn’t have any kids. Marriage is hard and I’m not about to play house with someone I’m not nuts about.

The flipside of my becoming disenchanted was that I was hurting people. These were good, decent men who treated me well — but in both instances I knew we didn’t have the chemistry necessary to make it for the long haul. I hated breaking up and I hated hurting those men, but I knew it was the fairest thing to do for all involved.

I had been in a relationship with my ex since I was 16 years old. He slept beside me from the time I was 18 until I was 39, when I got a divorce. I walked around the first few months of my separation from my ex feeling like my right arm was missing, and I’m not being dramatic. Think of having someone by your side for over 20 years, growing up with them, and then poof! They’re gone. If you’ve lost someone to death or the tart at work, you feel me. For the first six months, I slept with a body pillow because the bed felt so empty. I would do things like turn around in the grocery store to make a smart a** comment and no one would be there to hear it.

I had to learn to be single, but it took me three years of being on my own and four failed relationships to realize that.

I took a six-month break from men and now my worst fear has been realized — I love it! I love not having the drama, accountability and the responsibility of someone else’s emotions. I do what I want, when I want and I don’t have to worry about anyone pouting when I do. I freakin’ love my life. Sure I get lonely once in a while, and yeah, I think I saw a crow fly out of my lady business the other day from lack of sex, but other than that, my single life is bliss.

All good things must end

I sort of adore this guy I work with, but not in a relationship-y way. The other day I drove him to his car, and he was leaving town in a snow storm at night. I dropped him off, told him to drive safely, and then I drove home with my heart in my throat worrying about him. I spent the 10-minute drive home fretting over his safety. That’s how I knew it was time to start dating again.

I don’t know if all women are like this, but I have recognized in myself a need to care for a guy. Luckily, Laurel House a “first-date” expert, relationship coach and confidence-boosting coach on MTV’s Made says that women should do what comes naturally to so many of us. “Be nurturing. One of the feminine traits of a woman that a man isn’t often imbued with is the natural instinct to nurture. You can be vulnerable, and show him that you need him, but you also can take care of him. No matter how strong, independent and masculine he is, all men love to be nurtured, taken care of, and even babied at times. Showing him that you can be a nurturer lets him know that he can drop his guard around you and that it’s OK and safe to need you. When a guy exposes weakness, when he lets you in to see his vulnerable side, that’s where your power lies. And I’m not saying that in a way that’s game-playing or manipulative. It’s to create an enduring relationship based on feeling safe and ‘at home’ with you, just like his mother used to do.”

Evidently I can ignore the need to nurture a significant other for a period of time, but it’s always there. And it reared its ugly head with a coworker. I was projecting this need in the wrong place. It’s time. I have to stick my toe in the murky dating waters again. Now… where to begin?

My most vengeful act against my ex
When is it OK to go to dinner with a married man?
Uh-oh. My ex’s girlfriend wants to be my friend