OK, so guys can’t have as much fun with their skivvies as we can (you know, without looking too male prostitute-y), but the men’s underwear industry has seriously evolved. This Valentine’s Day, why not treat him to some revolutionary underwear? (Seriously, it’s a thing.)

Not only will you enjoy him strutting around the bedroom — since he’ll inevitably have to “try them on” — you can finally throw out those hideous boxers he’s been clinging to since college. A win/win so glorious, you’ll totally high-five yourself. Have him try these undies on for size:

For the guy who prefers commando… 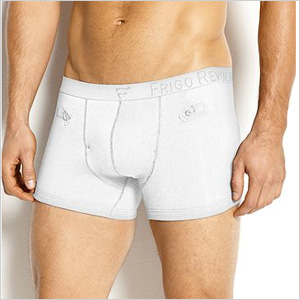 And feels the need to complain about how confining his undies are all the time. (All. The. Time.) Guaranteed he was the child who constantly ripped his diaper off in a room full of people.

RevolutionWear’s FRIGO is the latest men’s underwear craze, and were designed to make him feel like he’s not wearing anything at all. They have an adjustable mesh pouch for a light, airy feel, and thigh-hugging legs to prevent riding up or bunching (Cha-ching!). Don’t be surprised if your man starts strutting around like he’s in an Axe commercial.

For the guy who just can’t decide… 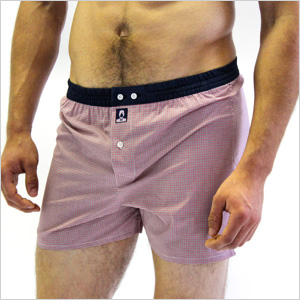 He enjoys boxers, just not how they resemble a crumpled ball of paper by the end of the day, and he enjoys boxer-briefs about as much as he enjoys turtlenecks. If your guy’s the proverbial fence-sitter, enter Charles van der Pear underwear. They’re becoming known as the most comfortable, best-fitting boxer shorts and are the best of both worlds: They combine the comfort of a boxer-brief with the look of boxers, providing support without being restricting.

For the guy who hasn’t bought underwear since 1976… 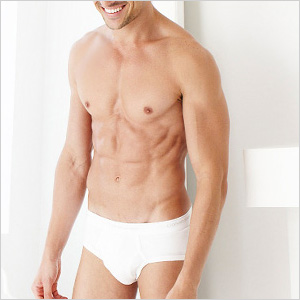 You love him, you really do, but seriously? It’s like he upgraded from his Spiderman pull-ups and called it quits. Lucky for you, FreshPair.com offers subscriptions so you can have new underwear sent to him on a regular basis — no muss, no fuss, no nagging.

For the girl who just can’t take it anymore… 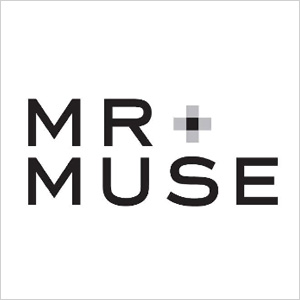 He’s so attractive, and his underwear is so… well, not. You understand that men’s underwear is more “technical” than ours, but c’mon here people! Leaving him in charge of his underwear has left you staring at stained, stretched-out artifacts — so much so, when things get steamy you shut your eyes, rip them off him and throw them across the room as quickly as possible.

Launching for the ladies this Valentine’s Day is Mr + Muse, a men’s underwear brand with a women-centered approach — finally, you can have fun buying your man undies without sacrificing his masculinity or coming off like you’re calling the shots.

For the guy who enjoys a little too much Mexican… 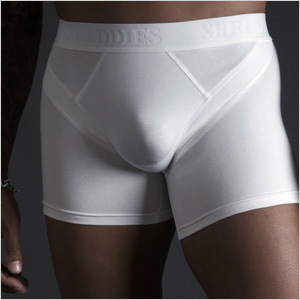 I wish I was joking, but let’s face it: We’ve all been there. No relation to the breakfast cereal, Shreddies is a British underwear manufacturer that has a line of “flatulence-filtering” unmentionables for men and women. The underwear neutralizes odors so he won’t destroy the senses of those in close proximity. Now, he can eat whatever he wants (a la Tim “The Tool Man” Taylor) and pass gas like a boss.

As for how to give these as a gift without being a total buzzkill… well, I’m not a miracle worker.