So I’m cruising along in my blissful single life, when an ex-boyfriend asked me out. He sucks at being in a relationship, but I like him as a person. I wanted to go, but I knew I probably shouldn’t. I reached out to my sisters for advice and was shocked at what they told me. 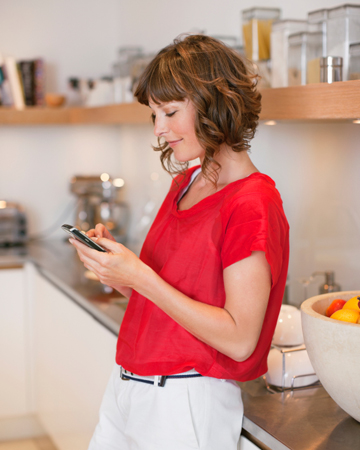 My “baby” sister is in her mid-30s and is far more experienced at being single than I am. She’s also one of those people who is hyper-intuitive — almost, but not quite, psychic. She’s my go-to place for dating advice.

Since this guy who asked me out hadn’t treated me very well, my sister is not a huge fan. But she also knows that he’s funny and interesting, so she understood my dilemma. Having been burned more times than she can keep track of, her advice is typically steeped in caution, but always wise.

My sister knew I was morbidly fascinated by my ex-boyfriend’s motivation. Did he really just want to catch up? Was he going through a dry spell and was hoping for a roll in the sheets? Did he know that his ex-girlfriend and I had become friends and had some sick plot to try to pit us against each other?

She said I should go, but that I should have my guard up. She instructed me to not have too much to drink because I could find myself in a situation that I might end up regretting. She said what I needed to hear — go, but don’t let your guard down for a second. Then, of course, she told me to call her the second the date was over because she was burning with curiosity about how the evening would turn out.

My middle sister beeped in when I was talking to my baby sister so I called her back and outlined my situation. This sister also has had way more dating experience than I have and has been married multiple times. I explained the gravity of the situation, my tone likely very serious from the explicit instructions my youngest sister had just given me. When I finally stopped talking, my sister (knowing how long it’s been since I’ve had sex) said, “I say you tell him to wrap it like a hockey stick and go for it.”

I about fell out my chair laughing. Firstly, is “wrapping it like a hockey stick” even an expression? (It is — I googled it.) My youngest sister had treated the situation as if I was going to meet a dangerous prisoner (I liken it to when Clarice visited Hannibal Lecter in Silence of the Lambs) — and she was well justified in doing so. She had my back. My middle sister shrugged and told me to “get me some.” If my youngest sister had my back, my middle sister was looking out for other parts of my anatomy.

So what did I do? As tempting as it was to take my middle sister’s advice (this boyfriend and I had always shared awesome chemistry), I knew I would hate myself if I threw down with this guy. That very chemistry is why I stayed in a bad relationship for over a year — the last thing I needed to do was invite that crap back into my life. I took my youngest sister’s advice. I went, we ate, had a couple drinks, laughed a lot and parted company — separately — by 10:00 p.m. And this time when he left me to go downtown and find other female companionship as he used to do behind my back when we were dating, I didn’t care.

My most vengeful act against my ex
When is it OK to go to dinner with a married man?
Uh-oh. My ex’s girlfriend wants to be my friend