This mom wanted to get her kids off the couch, so she cut technology out of their lives. Read on to see how it worked! 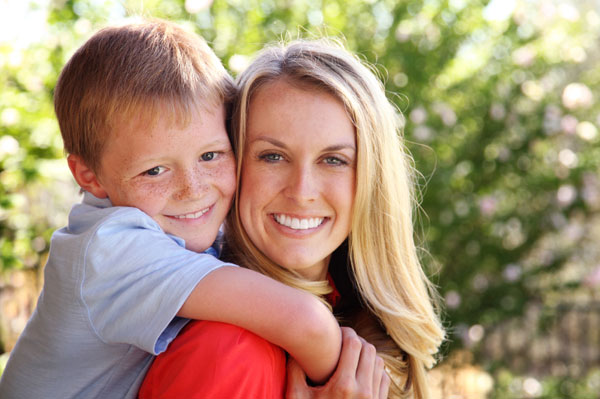 Why my kids
needed a reboot

This mom wanted to get her kids off the couch, so she cut technology out of their lives. Read on to see how it worked!

We are a household full of tech-savvy people. Since my work is rooted in graphic design and I deal with computers and gadgets on a daily basis, it seems only natural that we would all be tech geeks. I work on the computer all day, my husband fixes them as a hobby, and my kids are attached to their video games and personal televisions.

I’ll admit that I did not have set limitations or time constraints placed on TV watching or video game playing in my house. My kids pretty much had free reign over their gadgets of choice as long as their homework was done and their rooms weren’t a total disaster. I’ll also admit that sometimes, I probably used technology as a pacifying crutch. The kids were quiet when playing their games, which meant that I could work in peace in quiet.

During the month of October, I realized my kids were overstimulated and needed a major deprogramming. When they weren’t attached to a battery-driven device, they were combative, mouthy and unable to conduct themselves like well-adjusted children. I made the choice then and there to cut out all media until further notice.

Amazing things started happening once the video games disappeared. My children picked up books, rediscovered toys that had been lost in the recesses of their closet, began to play board games together and wanted to exercise with me. Holy cow — they were becoming human again! And they were losing that glazed-over look in their eyes.

Are they fans of this house-enforced detox? Of course not, but that’s OK because I wear the big-girl panties in this house and this mom has invoked martial law.

As we are nearing the end of December, our household detox is still in effect. And although I have reintroduced TV to my kids in small doses, they are learning that watching television is an earned privilege. As we head into the New Year, I plan to continue with our detox, and I hope to set some type of schedule for my kids’ TV time.

We usually have a family board game night, but I’m thinking why not a family fitness or activity night or day instead? I’m mulling over some physical activities we can replace traditional game nights with. Some things that come to mind are putt-putt, playing Twister, family yoga night, taking a hike on the weekend or even having a Nerf war outside once it’s warm enough.

Here’s to the New Year and getting my kids further detoxed, moving and just enjoying real life and each other a little more.

More on fitness for moms