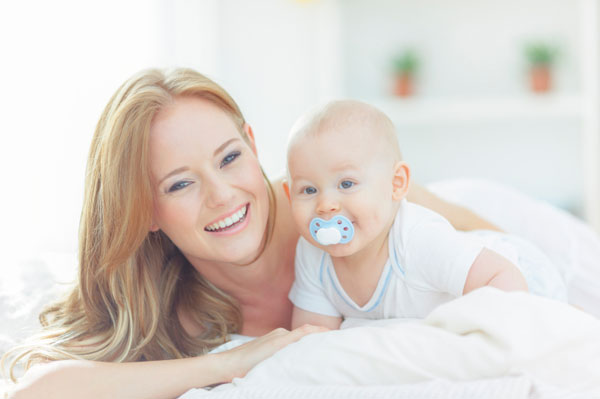 I am not Maria Kang. I’m sure you’ve heard that whole hoopla by now: The 32-year-old fitness expert from California ignited a media firestorm after she posted a picture of herself — tanned and toned in midriff-baring workout gear — posing with her three under-3 little boys. A headline in simple sans serif at the top of the page pointedly asked, “What’s your excuse?”

I am not Taryn Brumfitt, either. In response to Kang’s photo, Brumfitt posted photos of her “mom body” on her blog and, like Kang, became an overnight internet sensation. Unlike Kang, though, Brumfitt wasn’t putting her rock-hard abs and enviable biceps on display — she was exposing her round belly and “real” curves. She said that after having kids, she at first feverishly tried to get back the fitness competition–ready body she once had, but then she realized that she didn’t want to trade time with her family for time in the gym.

So, here is my truth: I am a 30-year-old mother of two small children. My daughter is 2-1/2 and my son is 1. I have never been a particularly petite person, but I have always been athletic and active. Prior to becoming pregnant, I was comfortable with my body. I wasn’t a waif, but I liked the way my body fluidly shifted from muscular and fit to soft and womanly. It was, I felt, a reflection of who I was and what I wanted to be — a dichotomy of strength and tenderness, discipline and wantonness.

But back-to-back pregnancies and the consequent all-consuming beings that punctuated the end of those pregnancies have left me 50 pounds heavier than I once was. And the way I feel about that is where I differ from both Kang and Brumfitt.

While Kang vows that she doesn’t rely on any help with her kids and still manages to look like the Mominator, I’m calling BS. If she said she was a naturally petite person (aka genetically blessed), I might buy it. But you just don’t get abs like that without putting in some serious effort — and effort takes time. So whether she is sweating it out at a gym or working out in her living room, she should fess up to the fact that logging enough hours to give you an eight-pack means you’ve got to take the time from somewhere else.

So I can definitely relate to Brumfitt. I agree that all women are different and that “health is not dictated by someone’s look, their size or their weight.” I applaud Brumfitt for having the courage to share her body and her experience with other women.

The reality is that while, like Brumfitt, I want to send the right message to my kids about body image and loving yourself, I also kind of want Kang’s abs. There are many things I would be honored to have my daughter emulate about me, but here’s the hard truth: My body isn’t one of those. I don’t want her to struggle with self-confidence as I do. I don’t want her to wish she could fit into her favorite jeans. I don’t want her to feel like she’d be the first to go if a zombie apocalypse ever broke out. (Ha! I kid, I kid… kind of.)

As young parents working full time, my husband and I had stopped making time for fitness. So recently, we made a renewed commitment to our health. Our plan is twofold. First, we will both participate in some kind of core program. I joined a gym, and he joined a boot camp class through his job.

The second facet of our fitness plan happens at home. Since the kids are so young, we decided we would involve them by doing something active at least three times per week. When it was warmer, we would walk the bridge by our house or do local 5k runs. Now that it’s cooler, we take them to the children’s museum, the aquarium or some other family-friendly indoor venue where we can do lots of running around and playing. Since we recently moved back to the city, we take every opportunity we can to walk to wherever we are going.

And naturally, we are trying to improve our eating habits. For us, this means less eating out — we live in a city full of culinary temptation — and more cooking at home and preparing healthy choices like brown rice, steamed veggies and lean proteins.

Admittedly, this is an uphill climb for us. Making time has to be a priority, and that can be hard with little ones (as I’m sure many of you well know!). Most nights, I don’t get to the gym until 10 p.m. But, we’re just going to keep on trucking. We aren’t going to resort to any quick fixes this time, as we have in the past. We’re simply going to stay the course and look forward to the day when our outer shells match our inner fortitude. After all, like my mama always says, anything worth doing is worth doing well.

Follow me at Goodness & Grit for fitness updates, family-adventure fun and more >>

7 hrs ago
by Jessica Toscano