While you’re having your morning coffee, Amy Chmelecki is flying through the air at about 18,000 feet above the ground.

On an average day, Chmelecki will dive about six times and spend at least an hour in an indoor flying facility practicing her skill, before jetting off across the country to compete in professional skydiving competitions. 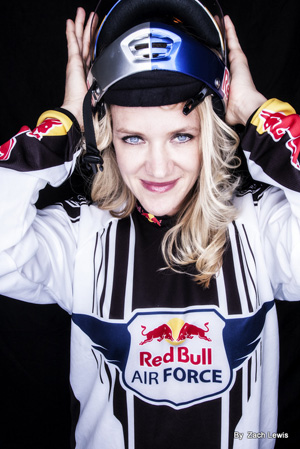 In December, Chmelecki and a group of 62 other women from across the country broke the world record for the highest number of women skydiving headfirst in a formation. The event took place in Elroy, Arizona, and is the fifth of its kind. Chmelecki was one of the coordinators of the jump and helped plan where each of the women would be in the formation. It was a huge accomplishment for the 37-year-old, who has been skydiving since she was 18.

“I never really thought this would be a career, but here I am,” she tells SheKnows. “I was pretty fearless. I’ve always had an attitude where I let go of fear and just go do it.”

“It’s not that dangerous,” she says. “I jump every single day. I’ve skydived all over the world. There’s very rarely incidents. Some people say that driving your car is more dangerous. I don’t really believe that. It’s a bit more dangerous than your average person’s day. but we’ve worked really hard as a community to make it as safe as possible.

“I would tell people if they’re interested at all, they should just go do it,” says Chmelecki. “The fear is normal and it’s healthy. Actually, it will make it more fun at the end, because you did something you didn’t think you could do. Sometimes, I’ll be with older people and they’ll say, ‘Oh I wish I had done it when I was younger.’ Don’t have regrets. Go do it now!”

Even this daredevil has fears, though. Hers are more performance-based than about the activity itself, however. She says the best way to overcome them is to be positive and prepared. 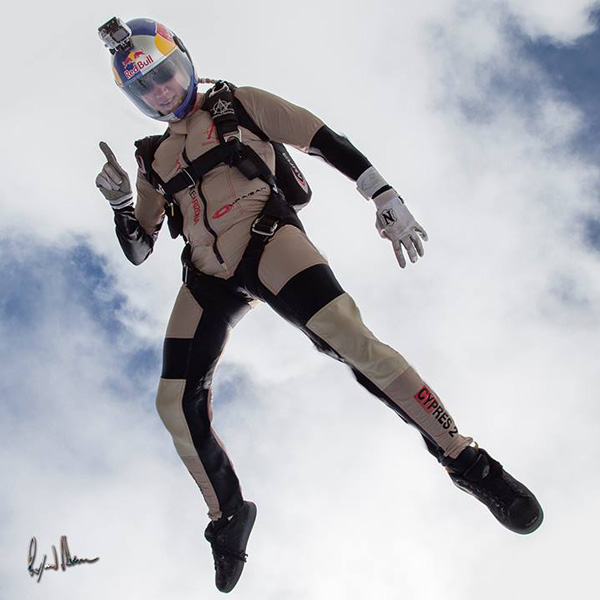 “My fears and anxieties are pretty normal,” she says. “[I have] fear of doing a good job and being successful. But I don’t let those fears get out of control. I focus on the positive. Most of my fears are able to be fixed logically. For instance, maybe I realize something is weird with my equipment, so I fix it. Or if I haven’t gotten enough sleep the night before, I get anxiety. So I avoid that by getting enough rest.”

Another hurdle Amy has had to face in the skydiving business is being a minority, in this case a woman.

“There have been some jobs I didn’t get because there was a blanket policy of no women,” she says. “I was shocked. It was an assumption of the person owning the company that we couldn’t handle the workload, which is ridiculous. I thought, ‘Do I just let this happen, or do I go and fight it?’ [Skydiving] is just such a small community. I decided to just rise above it.”

Generally though, she says women are very welcome in the sport.

“Being a female in this sport has brought more to the table than not,” says Chmelecki. “Overall it’s been very beneficial. It’s nice because there’s not a lot of us, and guys always want women around, right?”

To see Amy Chmelecki in action, head over to Red Bull’s website to see videos of their Elite Flying Team.

Having it all: Putting a little color into motherhood
Women who are changing the world