You can’t seem to burn off the pounds. It has to be your metabolism, right? Not so fast. Before you point to your metabolism as the culprit, here’s how it actually can be your best ally in losing weight. 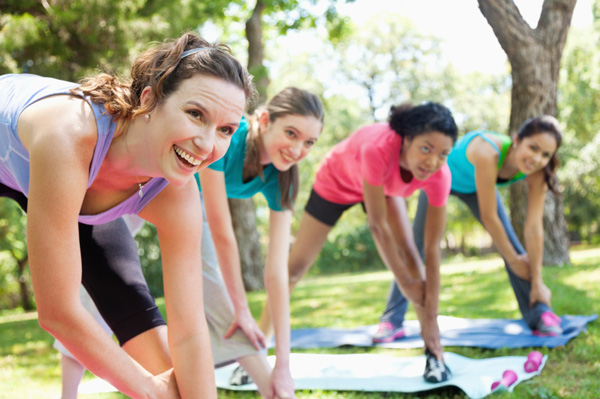 Alexandra Catalano constantly hears her clients say, “I can’t lose weight because of my slow metabolism.” The certified health counselor says that it’s a common misconception and that most people think of their metabolism as their enemy.

But nutrition experts say metabolism can instead be your friend once you better understand what it actually does and how to gain control over it. So instead of running up the white flag just before bikini season, here’s how you can use metabolism to your advantage.

Simply put, metabolism is the process by which your body converts what you eat and drink into energy.

“This means that the number of calories your body uses to complete these functions that your body performs daily is known as your metabolic rate,” Catalano says.

The founder of Eat Cute says your metabolic rate can be determined by your body size, gender and age. But while you might not have any control over these factors, you do have control over two others: thermogenesis and physical activity.

“Thermogenesis takes roughly 10 percent of calories used each day for functions such as digestion and absorbing and transporting the foods you eat,” Catalano says. “Physical activity and exercise can have a huge role in how many calories you burn each day.”

Watch what goes in your mouth

In addition to physical activity, diet plays a crucial role in how many calories you burn. So what foods should you be eating? Think of your body like a Ferrari — you need to give it premium fuel for it to run efficiently, Catalano says.

“First off, never starve yourself,” she says. “When you don’t eat, your body holds on to calories because it doesn’t know if and when another meal is coming.”

“Eating two or three meals throughout the day gives your metabolism a chance to slow down to its resting rate during the periods between meals,” she says. “If you think of your metabolism as a fire, eating only two to three meals a day will create periods of time when the fire is no longer raging but instead smoldering until your next meal.”

Also, be sure to eat protein at every meal — ideally 25-35 grams, Cederquist says.

“Your body has to work harder to digest protein, which makes your metabolism burn more calories after a protein-packed meal,” she says.

Don’t forget to drink as well. Water is crucial to burning calories.

“If you don’t regularly drink water, your metabolism will slow down,” Cederquist says.

A good diet isn’t the only key to keeping your metabolism humming. Exercise plays a crucial role as well. One of the best ways to burn calories is to do aerobic exercise — running, hiking, swimming and even kickboxing.

“If you go for a walk, include short-burst sprints every two minutes,” Catalano says.

Weight training is also great for burning off calories or keeping off that excess body weight.

4 hrs ago
by Gina Escandon