I don’t know about you, but I barely have the rules of old-school flirting down (where, you know, you flirt in person), never mind this twirting thing (Twitter + flirting=Cute, right?). In fact, when I first heard about it, I thought it was something that happens to you when you eat too much Mexican.

Related story How to Introduce Your New Partner to Your Kids 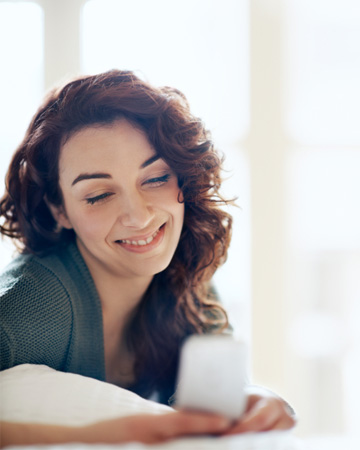 Since more and more relationships are starting on Twitter, I guess it’s time to master how to be adorable in 140 characters or fewer. Let’s get started, shall we?

Twitter’s leading the race in romance: According to a study conducted by PIXmania, it’s the preferred form of communication during the courting process (swoon), beating out text messages and phone calls (that thing where you use your voice). They even calculated that to fall in love, wooing a potential partner only takes 224 tweets and 163 text messages. Pffft, piece of cake, right?

Without further ado, grasshoppers, here’s the 411 on becoming a twirting extraordinaire:

Flirt up your profile

Choose a Twitter handle that won’t make him wonder about your life choices. Upload a cute picture of yourself that’s recent (no scrunchies!), and put some serious thought into your bio. Make it quirky and charming (you know, like the “offline you” you aspire to be). Throwing in a winky face wouldn’t hurt either — it’s pretty much the electronic version of “come hither.”

Follow interesting people who in turn make you interesting. Your primary goal might be to meet guys, but try not to meet them all at once, mmmk pumpkin? If he sees you follow all guys, none of which are wearing a shirt… crickets. And tumbleweeds. Don’t be a Twitter whore.

Tweet funny, interesting and witty things that he’ll feel compelled to respond to. Sprinkle in emoticons to say more in fewer characters. Be irresistible. Like Ron Burgundy.

When you have a crap day, resist the urge to attempt a 140-character Shakespearean tragedy. You’ll make it look like a date with you would be as fun as tooth decay.

Retweet his tweets, favorite a few, and send him equally witty replies and/or funny pictures. For bonus points, try your hand at suggestive hashtags that mean one thing but could also mean another (dirty) thing. If he’s interested, he’ll focus on the dirty, and if he’s not, you’ve saved yourself oodles of embarrassment (“That’s not what I meant at all! Get your mind out of the gutter, stat!”).

Keep an eye on not just what he posts, but how he posts. If he’s a concise tweeter, don’t send him TMI tweets in return. Otherwise, you could end up the recipient of the first ever online restraining order. (Unless there already is such a thing? I live under a rock.)

You know what he’s going to picture when you reply to his tweets in 2.5 seconds or less? Glenn Close boiling a bunny. Even if you don’t have a life, at least pretend to for the sake of your ovaries.

If your flirting is getting dirty, move to someplace more private by DMing each other (you know, since Twitter’s public and you don’t want to cause your mom a Depends moment).

If he’s not interested, no biggie — it’s not worth sticking your head in the oven. Consider Twitter a giant rolodex of possibilities and choose your next target.

Also, keep in mind that eventually you’ll have to translate your mad twirting skills into face-to-face contact (gasp!). If you’re like me and you’re about as charming as Sheldon Cooper… well, I’ll have to get back to you on that one.