Researchers have linked those with fat in their butt and thighs to a reduced risk for heart disease, diabetes and other ailments. 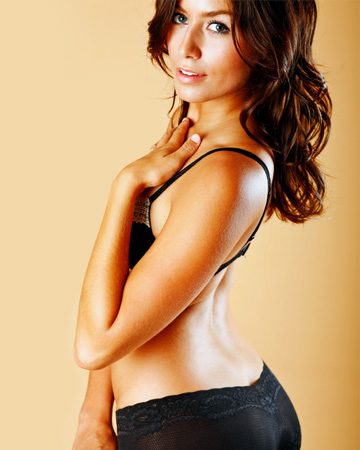 Sir Mix-a-Lot was on to something when he released that controversial “Baby Got Back” song in the ’90s.

Turns out, having a big butt is associated with a lower risk for heart disease, diabetes and other obesity-related conditions.

This is according to researchers at the University of Oxford and the U.K.’s Churchill Hospital, which in 2010 found that people with larger bottoms tend to have reduced levels of cholesterol and are more likely to produce hormones that metabolize sugar.

Perhaps Kim Kardashian’s recent backside selfie brought the research back into the spotlight. Even if not, it’s good to know that a larger butt isn’t necessarily a bust.

According to Elite Daily, having a big butt requires an excess of omega-3 fats, which have been proven to catalyze brain development.

Dr. Robert Kushner, a professor of medicine specializing in obesity at Northwestern Memorial Hospital in Chicago, told ABC that stomach fat is worse than having fat in the lower portion of the body because it’s “metabolically active.” This means it sends fatty contents throughout the body, as compared to more stable fat in the lower part of the body. Fat there distributes fewer cytokines, which he says have been linked to diabetes.

That’s no reason to gain weight — regardless of where it goes in your body. But it does shed some light on the benefits of having a larger backside. And gives us more inspiration to keep toning our cores.

How the flu shot can help prevent a heart attack
Daily vitamins may increase breast cancer survival
Is your biopsy at risk for a mix-up?