So you want to bring up the idea of marriage, you’re just not sure how or when the appropriate time is? No need to stress because we’ve got your back! Our experts divulge sneaky little ways to talk about tying the knot without sending him running for the hills, stat. 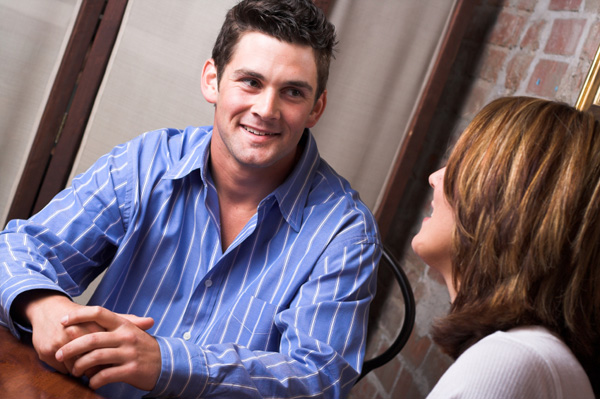 When it comes to marriage, the first thing you should do is examine your motivations, says bestselling romantica author Alessandra Torre. “Ask yourself why you want to get married. Is it for financial security? Because you want to start a family? Or because you want to ‘lock him in’ before too much time passes? You should look at whether marriage is indeed the step you’d like to take. Once you examine and confirm your motivations, then you are ready to approach him appropriately.”

Bringing up marriage, if that is what you really want, is a matter of being able to express yourself in your relationship, points out Bill Farr, relationship and wellness coach and author of The Power of Personality Types in Love and Relationships. “If it’s something that’s on your mind and you feel uncomfortable to talk about it, that’s a pretty good sign there are other things being swept under the rug as well,” he notes. “In coaching women who have just exited a relationship with a complete jerk, you can always look back to red flags they overlooked. Not feeling able to express themselves is always on this list. If it blows up your relationship but is something you want, better to do it now and get out if it wasn’t going to bring you contentment anyway.”

Let it be known from the start

The absolute best time to bring up marriage is in the very beginning, according to dating and relationship expert Jason Weberman of North Star Coaching. “If you do online dating, put your intentions in your profile. If your friends set you up, make sure they disclose your desire to get married to any potential mates. The law of attraction dictates that what you put out to the universe is what you get in return,” he says. “So don’t worry about scaring off men. If they are put off by the idea of marriage, then they aren’t meant for you anyway.”

Find out early on what he wants

No, you don’t need to interview him with a pre-printed questionnaire. Instead, listen, suggests relationship expert and author April Masini of AskApril.com. “If he’s bitter about his divorce, he’s not ready. If he’s 50 and never married, there’s a flashing yellow light that’s quickly burning orange on its way to red. If he talks about not having been able to meet Ms. Right with longing, then he wants what you want. If he talks about seeing himself in a house with a wife, kids, a dog and a picket fence, you’re on the right track. Too many women do what I call ‘default dating’ by investing in a cute guy, simply because he’s hot and not because he’s hot and compatible.”

If marriage is firmly on your mind, and you have no idea where your mate stands on the issue, don’t ask, tell, advises Constance Dunn, communications instructor at University of California, Santa Barbara Extension. “Talk in an easy, conversational way about how you feel about the issue. Don’t hide or hold back anything, and remember to give your whys. There are events in your life that have formed your viewpoint about marriage and its place in your life. What are these factors and experiences? Think about them and share them with your mate. This is a way for him to learn about you, and vice versa,” she says.

Thinking about giving him an ultimatum? Don’t! “Ultimatums never work, and they’re a bad idea,” warns Masini. “No man wants to feel that his own woman is putting a shotgun to his head, and if he does react to it in a way that you want, it’s a short-term reaction. The fallout will come, and it won’t be pretty.”

You can’t just assume someone wants what you do. “I said, this is my goal of dating (to get married and have a family) within a month of dating my now husband and then I asked him what his goal was,” explains professional life coach and dating/relationship expert Amy Schoen of Motivatedtomarry.com. “However, I did date a guy for six months and when I mentioned I wanted a child, he said he didn’t want any more children. He was done (he was 38 with four kids, two of which were step children!). I really fell for him and I was heartbroken. I did move on, though.”

This guy proposed to his girlfriend with a painting!
How every relationship can benefit from sex toys
10 Lessons from 10 years of marriage