“Savasana”… Can you use that in a sentence, please? 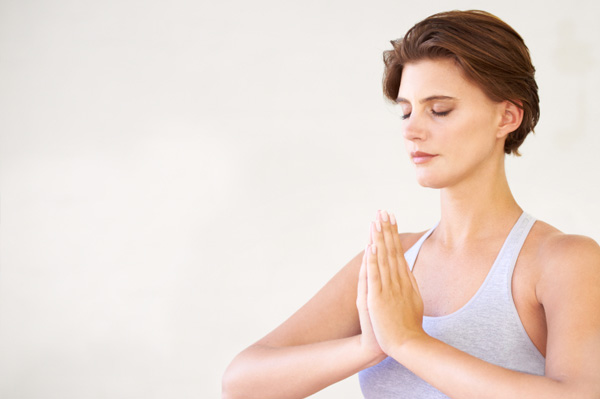 “Savasana”… Can you use that in a sentence, please?

As if head balances, shoulder stands and standing splits aren’t intimidating enough, your yoga instructor then goes and spits out some seven-syllable Sanskrit term and you just about lose your dog-down mind. The nerve!

Sanskrit, meaning “refined speech,” is an ancient language of India and often used during most yoga classes to describe poses and postures. It is the primary liturgical language of Hinduism and is a scholarly and literary language in Buddhism and Jainism, as well as a historical Indo-Aryan language. Sanskrit dates back more than 6,000 years, making it as old as or even older than yoga, hence why it’s been used in the practice since it first began.

“Sanskrit is considered to be the language of the gods, as it is made up of primordial sounds,” says Sonja Appel, founder of Sushumna Yoga, the oldest yoga school in Goa, India. “It was developed systematically to include the natural progressions of sounds as created in the human mouth.”

In total, the language has 49 letters including vowels, consonants and semivowels, and each letter has a particular vibration.

“Each consonant has included the vowel sound ‘a’ (pronounced as uh), and when the nasal sound of ‘m’ is added to any of the letters, it creates a bija or seed mantra (chant), which corresponds to a specific vibration of the Absolute or Creator,” she says.

Bet you didn’t know your oms were that powerful, did you? And it doesn’t just stop there. Research shows that the phonetics of Sanskrit, which is the only language that uses all the nerves of the tongue, trigger various energy points in the body, which causes blood circulation to improve and raises the chakras (energy levels), resulting in deep relaxation of the mind, resistance against illnesses and reduction of stress. This, coupled with enhanced brain functioning, ensures better health and helps control diabetes, cholesterol and blood pressure, according to a study by the American Hindu University.

Now, knowing the background and benefits of speaking Sanskrit may not help us pronounce the terms any better during yoga class, but it certainly gives us some incentive to try! So go ahead, yogis, whip out a pen and paper, and improve your yogabulary with Sonja’s top 10 Sanskrit terms to know below!

Typically used at the beginning or end of class as an acknowledgement greeting, meaning “I honor the light in you, which is the same as the light in me.” Hands are placed together in prayer position at the heart and head is slightly bowed.

The final relaxation or “corpse pose” to end class. The aim of savasana is to bring all the benefits of the postures together in a relaxing, meditative ending, giving the body a well-deserved rest.

Sun salutations, a combination of various postures which welcome the Hindu solar deity, normally performed at the beginning of class.

Mountain pose, which is the foundation of all postures, and a place to begin and end the linking of asanas. This is a command to full attention, standing in steady, equal and centered stillness. It improves circulation, digestion and respiration, and should motivate and invigorate you, as it helps to create space within the body.

Triangle pose, which mobilizes the hips and strengthens the legs, as well as opens up the chest for deeper breathing and stretching of the torso, groin, hamstrings and calves. This pose also unlocks tension in the spine, legs, knees, ankles and hips. It relieves backache, indigestion, gastritis and acidity, improves digestion, circulation and the appetite, alleviates depression, strengthens the pelvic area and tones the reproductive organs.

In tree pose, the legs and feet give support so the upper body can stand with grace and strength. The focus during this pose is essential to maintain a stable balance. Benefits include steadiness, awareness and concentration. It also helps to revitalize the spine, body and mind, while strengthening the entire leg, ankle and foot, and increasing flexibility in the hips and thighs.

Warrior postures honor heroic qualities that exist in each of us. This posture strengthens and reinforces the msucles of the feet and knees, also fortifying the shoulders, arms and back. These poses also stretch the calf muscles and hip flexors, as well as improve concentration and balance.

This easy seated pose is a cross-legged position that opens the abductor muscles and hips. It is used for the seating position in pranayama (controlled breathing) and meditation. It strengthens the back and stretches the knees and ankles, while also helping calm the brain.

Child’s pose is a restful position always done after challenging poses during class. It restores harmony and balance to the body and places the mind in a receptive and open state. Child’s pose releases tension in the back, chest and shoulders, and is recommended if you feel dizziness or fatigue, as it alleviates stress and anxiety. This pose massages the body’s internal organs and keeps them supple, while gently stretching the ankles, hips and thighs, regulating circulation throughout the body.

Ninety-seven percent of all the world’s languages have been directly or indirectly influenced by Sanskrit.

Sanskrit has the highest number of words than any other language in the world.

NASA declared the language of Sanskrit to be the “only unambiguous spoken language on the planet.”