Everyone has the BRCA1 and BRCA2 genes, but certain changes in genes — changes called mutations — can lead to an increased risk of breast cancer and other cancers. 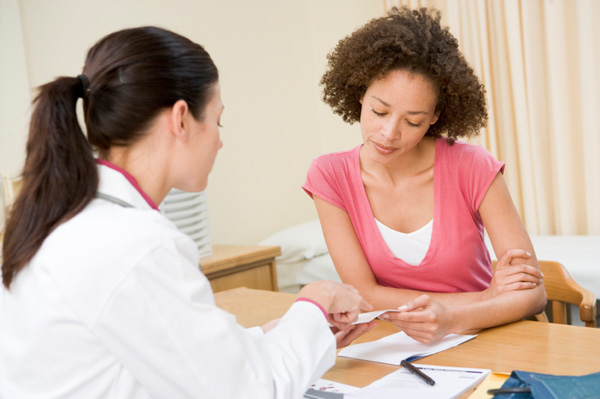 This past spring, Angelina Jolie announced that she’d had both of her breasts removed as a preventive measure against breast cancer. She did it after testing positive for a BRCA1 gene mutation. She also has a family history of cancer, having lost her mother to ovarian cancer and her aunt to breast cancer.

A woman with a BRCA1 mutation has a 65 to 85 percent risk of getting breast cancer during her lifetime. In Angelina Jolie’s case, her doctors estimated her risk was even higher: 87 percent.

How do I know if I have these gene mutations?

The only sure-fire way to know if you have the gene mutations is to take a genetic test. However, there are some trademark signs that you may have the mutations, based on your family history:

Is it possible to get breast cancer if I don’t have these gene mutations?

Why do women have mastectomies before getting breast cancer?

The idea of a preventive mastectomy is that if you remove most of a woman’s breast tissue, the likelihood of the remaining breast tissue becoming cancerous decreases dramatically. In Angelina Jolie’s case, her breast cancer risk went from 87 percent to less than 5 percent.

What should I do if I think I may have these gene mutations?

Make sure your doctor knows your family history of disease. It may be worthwhile to speak with a genetic counselor and get tested for the BRCA1 and BRCA2 mutations. Not everyone who has the gene mutation decides to take preventive measures like a double mastectomy, but many do.

Dr. Harness is the medical director of Breast Cancer Answers and the past president of the American Society of Breast Surgeons.

The scary truth about dense breast tissue
How frequently should you screen?
Quick guide to breast cancer screening