We’ve all heard the line, “It’s not you, it’s me.” But it is you. Here are real-life shallow reasons these people dumped their boyfriends or girlfriends. 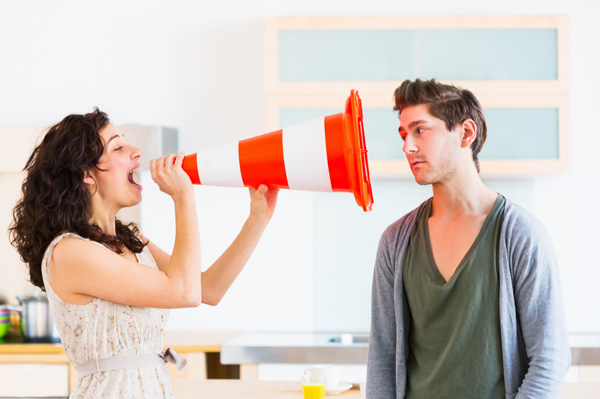 He had “hairy” issues

“I once dumped my boyfriend after he shaved his head. He had the weirdest head shape and his ears stuck out. I broke up with him because I couldn’t even look at him.” – Carrie A.

“When I met Kyle, he was wearing a hat. He wore it on several dates, but I didn’t really think anything of it. One day he took it off and he was balding. So I made up an excuse as to why I couldn’t see him anymore.” – Deb I.

She never offered to pay

“I dated a girl for a while who never paid for anything. Not only that, she never even offered, not once. I’m fine with paying, but for crying out loud, offer to pay for dessert once in a while if you can’t afford to pay for your dinner. So I dumped her.” – Dan N.

“We got into a heated debate about what was better: Coke or Pepsi (Coke, obviously). I got so irritated, I ignored his future calls and we never spoke again.” – Heather H.

“I dumped my high school boyfriend after we went to college because he wouldn’t drink. I was having so much fun with my new friends, and he refused to get on board.” – Katie S.

Physical attributes left much to be desired

“I am the one who got dumped for a shallow reason actually. She told me my eight-pack abs were ‘weird.’ I work really hard on my body. That hurt.” – Alex V.

“I was very turned off by her stretch marks.” – Nicholas B.

“My reason was that he was too tall and way too skinny. And I am short and overweight. I felt as though we looked funny together; like spaghetti and a meatball.” – Shelby D.

“I know this is dumb because it’s something she could have easily taken care of, but I could not get past this one chick’s bushy eyebrows.” – Fossil G.

“I’ve dropped men like hot potatoes for so many (shallow) reasons, including not enough armpit hair, tiny nipples, too clingy, too short, and so on.” – Lucia O.

I dumped her for another girl

“I had been dating Shannon for almost a year when Bridget, the woman I had been secretly in love with forever, was finally single. So, I dumped Shannon to pursue Bridget.” – Becket R.

Habits and interests were a turn off

“I’m not into fashion or anything, but she suddenly started dressing like a hipster and it totally turned me off. Just not my thing.” – Len W.

“I went on a couple dates with an Italian dude last summer. We had good chemistry but I had to end it because of his overuse of emojis! I’m not talking just a few winky or smiley faces here or there, I’m talking about being bombarded with Italian flags, smoochy lips, angels, moons, stars, plates of pasta, sleepy faces and even crying faces when I wouldn’t respond quick enough!” – Kav C.

“I once got dumped because he said I wasn’t jealous enough. And I once kicked a guy to the curb because he was too much of a mama’s boy.” – Anita P.

He had “poor taste”

“He picked me up in a Prius. A wussy car tells a lot about a man’s personality!” – Jaime Q.

“We went on an ice skating date and I knew when he chose to rent figure skates over manly hockey skates for himself that it was over.” – Missy H.

What not to do after getting dumped
4 Reasons you can’t let go of your ex
Breakup stories: The weird, the sad and the funny

19 mins ago
by Katherine Speller

29 mins ago
by Taylor Lane