A new test on the market aims to detect breast cancer cells — and similar tests like it are emerging. 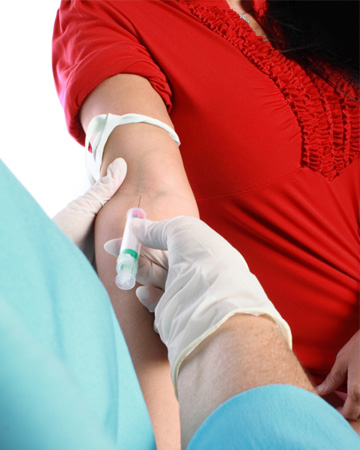 Are mammograms the only way to detect breast cancer? Not quite, but don’t stop having them, medical professionals say.

Blood tests are hitting the market aimed at spotting breast cancer in high-risk women as well as survivors. But scientists say it’s too early to know if the tests can have an effect on patient treatment and survival.

ClearID, which is produced by Cynvenio Biosystems, is one of the tests. It detects tumor cells circulating in the blood, which can indicate if cancer is present before it may be seen on a scan. With a positive result, a woman would then seek further testing. Negative results aren’t always an indicator that a patient is free from the disease, the manufacturer says.

Matrix-Bio is another company evaluating tests for breast cancer. Its VeraMarker test has been licensed to Quest Diagnostics. The test detects biomarkers in the blood.

“I see promise in this type of work, but I don’t see the evidence of how much difference it really makes,” said Dr. Len Lichtenfeld, deputy chief medical officer for the American Cancer Society. He didn’t say if the test would improve the outcomes of patients.

“The issue is whether early detection of these cells makes a difference… and I don’t know whether it does or not,” said Dr. Charles Shapiro, director of breast medical oncology at Ohio State University Comprehensive Cancer Center.

Blood tests for breast cancer are definitely a step in the right direction, though, some say.

“In medicine, it’s the direction in which we’re trying to go,” said Dr. Stephanie Bernik, chief of surgical oncology at Lenox Hill Hospital in New York. “We need to be able to detect cancers… at a point when they would, hopefully, be theoretically curable.”

Dr. Lee Schwartzberg, a scientific adviser at Cynvenio Biosystems, said the company does not have proof that the test is helpful for people with no symptoms — more research is needed to do that. The product is marketed to give patients peace of mind, he adds.

So far, ClearID has not gotten Food and Drug Administration approval, but it doesn’t need it. The FDA regulates such products, but not the ones that are performed in a single laboratory, which is the type of lab ClearID uses.

Debate: To remove both breasts or just one?
Researchers: Mammograms before 50 can be lifesaving
The latest drug that may increase your breast cancer risk

6 hrs ago
by Monica Beyer