“Treat them like dirt and they stick like mud” — it’s a curious adage, but it had to come from somewhere! We asked some of our favorite relationship experts and discovered the truth! 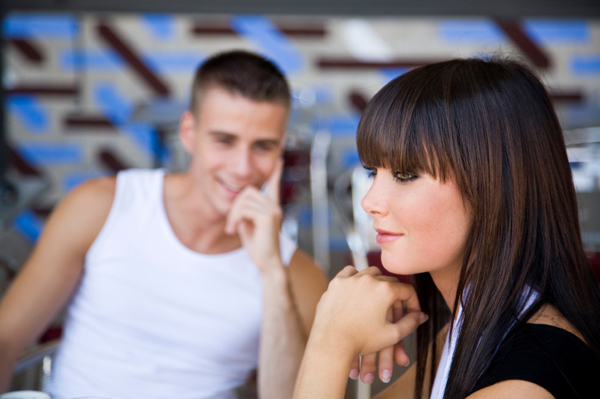 It’s more about playing hard to get

We’ve been told by our moms for generations that if we want a guy to want us, be blasé, aloof, busy or simply shy.

Is this one of the reasons that it’s a good idea to date multiple people at once during the very early stages of flirting and courting? “Not only does it give you the opportunity to do a little comparison shopping (Really! How do you make a decision without having a few choices?), makes it so that you aren’t obsessed with just one guy who may or may not pan out to be the right guy for you, but it also makes it so that you don’t have the time to be needy,” says Laurel House, a dating expert and confidence expert.

Be careful what you wish for

“Treat a guy like dirt and he’ll stick like mud” is not true in my book…. at least not for long,” says Jennifer Kelman, a relationship expert and licensed social worker.

For both men and women, if they are treated in this way, they may stick around for a bit hoping the behavior will change as they grow closer, but that won’t last long. The longer one is treated like dirt, the more chance that they will bolt from the relationship. “Nowadays people are looking for deeper connections, and if they are treated poorly, the warning signals blare and men and women will not waste their time hoping someone will come around and change their ways,” says Kelman.

“I think that saying has more to do with those who are just in it for the short term or for some great sex, but certainly not for a deeper connection. Many women have been known to sleep with men who don’t treat them well, but again it doesn’t end up in a deeper connection. For men, they may stick around for a bit, hoping that the woman will come around. Rest assured, if you are treated like dirt, or treat someone else like dirt, there is no longevity in that relationship,” says Kelman.

“What’s true is that whether you’re a woman or a man, if you’re too passive and easily available, which translates to: you don’t value or respect yourself, prospective relationships will be turned off,” says Tina B. Tessina, Ph.D., (aka “Dr. Romance”) psychotherapist and author of The Unofficial Guide to Dating Again. Bad behavior will ensue, which in men usually involves wandering or abuse, and in women it’s usually bitchiness and emotional outbursts.

Nobody likes to be treated badly; therefore, a man typically will stick around only if the woman who is treating him badly is of higher comparative mate value.

“Typically, men value youth, facial attractiveness and body types in their mates. Women who possess these attributes have higher “mate-value” compared with women who do not. Conversely, women typically value personality, confidence, success, height and social status in a man,” says Dave Pounder, author of Obscene Thoughts: A Pornographer’s Perspective on Sex, Love and Dating.

If a woman knows she is too good for a guy, she will subconsciously treat him badly with the hopes that he will leave, which shifts the burden of ending the relationship from the woman to the man. “However, most men in this situation still will choose to remain in the relationship if it means they get to continue dating the girl who is — by their perception — out of their league,” says Pounder.

We women make the mistake of thinking that men are just like us. If I criticize him, he’ll change — I do. If I ignore him, he’ll want me more, and he might, for a minute, until the gap of your absence is filled by someone cute and shiny with a playful disposition.

This is also true when the gender roles are reversed. If a woman catches her man cheating, she is much more likely to stay in the relationship if her partner is of much higher mate-value. “If a woman’s successful, tall, confident and personable attorney boyfriend was caught having sex with another girl while away on a business trip, she is much more likely to forgive the indiscretion. However, if that same boyfriend were an unemployed, short, meek man who happened to live with his mother, it’s unlikely she would remain in the relationship,” says Pounder.

Have your cake (and eat it too)

Here’s an analogy: Think of yourself as the most delicious cake. “The guy you’re interested in thinks the cake is pretty. Give him a bite. Just one bite. He will see how sweet and delicious it is. But then put the cake on the counter. He can see it but he can’t have it. Then give him one more bite. Just one. Put it back on the counter. Now he is drooling and thinking about that cake and trying to figure out what he can do to have more cake… But if you give him the whole cake right away he will get sick of it and not want it anymore,” says House.

Is that being a bitch? No. Each bite is super sweet — he just doesn’t get many bites at first.

My ex-husband ruined my dating life!
How to tell if he’s a frog or a prince on the first date
Is your phone preventing you from sleeping with him?