My husband and I met when we were freshmen in college, and have been together for almost 11 years. I’m not saying we’re perfect (I wish he was more romantic; he wishes I was more compassionate), but it didn’t take long for me to realize he was the one I wanted to spend my life with. We were practically kids when we met, so how did I know he was “the one?” 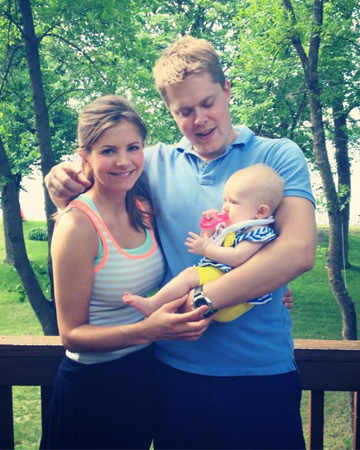 So, he makes you happy, you enjoy spending time together, and he makes you laugh. Now what? What are some signs that your new man may be “the one?” Here’s how I knew!

I was always trying to impress him

I never pretended to be something I wasn’t, but I always wanted to surprise him. For example, horror films give me nightmares for days, but I watched them with him. I’m not big into sports or the outdoors, but I would play catch, go camping and rollerblading. I would have never done things I didn’t enjoy for someone I didn’t see a future with.

He asked me to meet his family after a month

While this scared me a little — we were getting serious so fast — I thought it was sweet that he wanted me to meet his family (and them to get to know me). And I’m not just talking his immediate family. It was Mother’s Day and he invited me to his parents’ house for brunch with his entire extended family. Welp, they must have liked me!

He didn’t judge me for where I came from

Our first summer together I asked him to drive nearly eight hours to my hometown. I come from a pretty unconventional family and he never even flinched. He loved everything about it right off the bat. 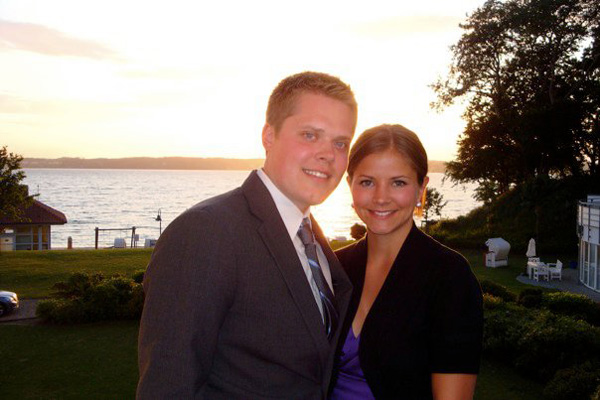 Then, and still 10 years later…

We want the same things in life

As a couple, our goals align. If you desire different lifestyles long term, it’s never going to work. We wanted a house, kids, pets, the whole American Dream.

I had a friend once tell me that the verbally abusive shouting matches between her and her boyfriend just proved how passionate they were about each other. Negative. It shows complete disrespect for one another. Chad and I don’t always agree, but we never raise our voices. We either calmly discuss differences, or walk away until we cool down — and are always quick to apologize.

I can tell him anything

In the beginning, we would chat on the phone for hours. Alright, I gabbed away about everything under the sun and knowing him as I do now, he was most likely playing video games and tossing in the occasional, obligatory “uh-uh,” “yep,” “of course.” But at the time I thought he was a brilliant listener. And I can still tell him anything — whether he’s listening or not, I’m able to gossip and vent, and he sure can keep a secret! More importantly though, it’s cool that I’m cool with the fact that he’s probably not even listening. And that’s what just makes us “work.”

He always puts my happiness first

From day one he has put my happiness before his own. If he was hot, but I was cold, he would blast the heat, even if it made him more uncomfortable. If there’s one cookie left, he’s quick to say he’s too full for dessert (OK, sometimes he’ll say we should split it).

We have just enough in common, but not too much

We have similar values and parenting standards. We share the same religious and political views, which we deem important. But, we share very few common interests or hobbies (besides our love of traveling). He likes architecture. I like writing. He loves sports. I love cooking. He enjoys hunting and fishing. I enjoy watching reality TV. It keeps life interesting!

We have opposite personalities

In my opinion, we have the perfect balance. I’m high-strung, and his laid-back personality calms me down. I don’t have a filter, and his quiet thinking reins me in. He’s logical; I’m humorous. He has a terrible memory; I’m Rain Man. I’m organized and meticulous; he’s carefree. He fills in where I am lacking, and vice versa.

He willingly puts up with me

Look, I’m a handful. I admit it. Our 9-month-old daughter has already shown signs of having Mommy’s determined, strong-willed disposition as well… God bless him.

No one person will have every single quality on your list, but when you’ve met your match, you’ll know it. We can’t expect to be the same people we were when we met at 18 and 19 years old. What’s important is that we grow together as a couple, and as individuals. So far, mission accomplished. Just 50 more years to go!

More on love and marriage

Are you ready for long-term love?
How to tell if he is “the one”
10 Signs he’s marriage material