Consuming more calories in the morning may increase women’s chances of conceiving, according to a new study. 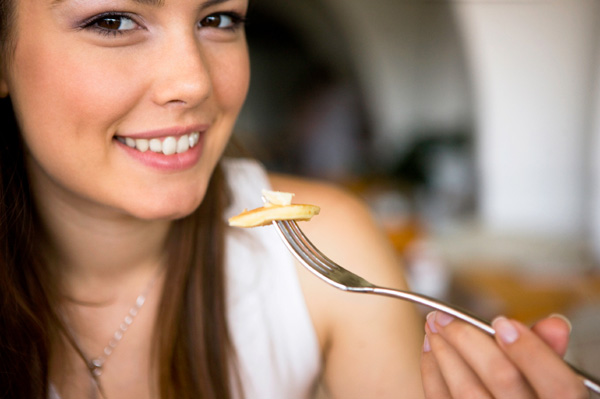 Go ahead: Load up on breakfast, ladies.

If you’re trying to conceive, a big breakfast could be just what the doctor ordered. According to a new study, eating a hearty meal in the morning could combat the effects of polycystic ovary syndrome (PCOS), which is a cause of infertility.

Because many women with PCOS have abnormal insulin levels, researchers wanted to see how meal timing affected their ability to conceive. They asked 60 slim women with PCOS to go on a diet of 1,800 calories per day for 12 weeks. One group ate more food at breakfast and the other group instead loaded up at dinnertime. By the end of the three-month span, half of the women who ate big breakfasts ovulated at least once.

The scientists, which were from the Sackler Faculty of Medicine at Tel Aviv University and the Institute of Biochemistry, Food Science and Nutrition at The Hebrew University of Jerusalem, said the findings are interesting, though they are not sure they lead to an improved chance of conceiving.

The study was small, so additional research would need to be conducted to verify its findings and determine if eating more earlier in the day really does boost your chances for becoming pregnant.

But it may just give you an added incentive to pass the pancakes.

PCOS: 11 Things that may surprise you

How IVF affects breastfeeding
How fitness affects your fertility

Coronavirus Damages Placenta in Pregnant Women, According to a New Study