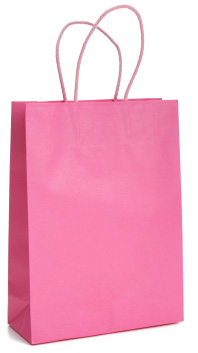 Shopping
with a purpose

Welcome to our shopping guide for Breast Cancer Awareness Month. Whether it’s through beauty, style, fitness, parenting, technology or pop culture, you can help support the cure by purchasing pink products.
1

Sexy and The City, Season 6

Everyone knows the infamous Samantha Jones whose best quality is being loyal to her friends. In the show’s last season we find out that Samantha has been diagnosed with breast cancer after going to the doctor for a breast augmentation. When she first told her friends, she was nonchalant about it, almost in a funny, serious way.

Throughout the season she faces the challenge head-on by wearing wigs, hats and headscarves after losing her hair during chemotherapy. In one of the final episodes, Samantha gives a speech at a cancer benefit dinner, and, after removing her wig, she receives a standing ovation. The audience appreciated her honesty and many of them removed their own wigs as well.

NBC’s Parenthood, is one of those shows that makes you cry and laugh at the same time. In the episode “Everything is not OK,” the Bravermans deal with breast cancer. The way the episode was constructed had just enough humor but just enough seriousness. We’re telling you, you will laugh and then you’ll cry. There are plenty of TV shows that deal with this type of situation, but this one hits home where it’s all about family, the good and the bad.

Female powerhouse Giuliana Rancic has been on the Hollywood scene for years as a successful Italian-American television personality, journalist and co-anchor to Ryan Seacrest on E! News. From floor-length gowns at the Emmys to the red carpet at the Golden Globes and Academy Awards, Rancic is always known for looking her best. But, in October 2011, the starlet revealed her struggle with breast cancer on NBC’s Today show. The announcement came as a shock to audiences everywhere. Her deep, personal experience with the disease was later the subject of her show Giuliana & Bill in its season 5 premiere six months after the news was revealed. The show allows for audiences to admire her tale of bravery when faced with devastating news.

So You Think You Can Dance, Season 5

It is undeniable that dealing with breast cancer, either yourself or with someone you love, is a very difficult, emotional experience. Because emotions often manifest in actions rather than words, it makes sense that Tyce Diorio’s choreographed dance to “This Women’s Work” by Maxwell, during season 5 of So You Think You Can Dance, brought audiences nationwide to tears. The critically acclaimed choreographer credited this emotional performance to the struggle with the disease faced by a close friend at the time.

Beverly Hills, 90210 had been an American classic drama series for quite some time, when the show got revamped with a the more modern-day spin-off called 90210 in 2008 — eight years after the original had ended. While the series focused on many issues facing young adults, in 2009 the show tackled the concerns surrounding breast cancer in its episode “Wild Alaskan Salmon.” In the episode, characters Kelly and Silver have to deal with the shocking news that their mother, Jackie, is diagnosed with breast cancer and what that means for their troubled relationship.

Beauty and the Breast

Beauty and the Breast, a documentary created in 2012, is a platform for nine women whose lives are forever changed by breast cancer, allowing them to share their personal experiences with the deadly disease. This intimate guide travels between the struggles, strengths, hopes and humor of the nine narrators, offering creative and invaluable insight into their lives and experiences.

Up next: Parenting products >>

A Mother Passed COVID-19 to Her Fetus in Utero, Showing It’s Possible

How I Learned to Love ‘On the Bottom’ Sex Positions

Quick & Painless Strategies to Try When You Can’t Concentrate