Ryan Leak just earned the title of “best husband ever,” and he only just got married! The Dallas man managed to plan a dream wedding for his girlfriend… and she knew nothing about it! 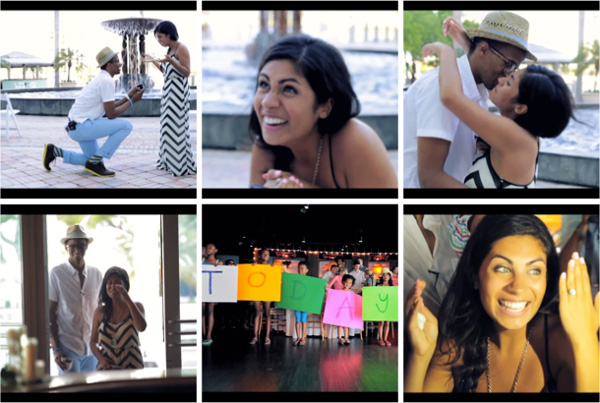 Many women spend months — even years! — planning their dream weddings. Amanda Roman is no exception: The Texas woman collected a bunch of wedding ideas on a Pinterest board in hopes of using them to plan her own nuptials.

She never got that opportunity: Her boyfriend of five years, Ryan Leak, surprised her with a proposal and a wedding styled directly from her “My Dream Wedding” Pinterest board.

It all started over two years ago when Leak heard Roman tell a friend that she thought it would be romantic to have a proposal and a wedding on the same day. That put the wheels in motion, though it took almost two years to accomplish.

“I wanted to wait until I knew with every fiber of my being,” the 27-year-old told Yahoo! Shine. “I wanted it to be special.” 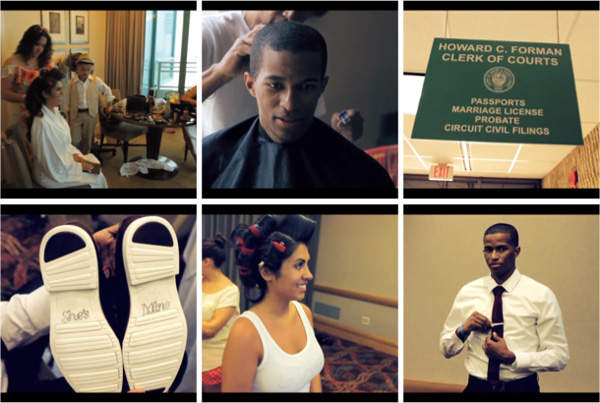 The proposal and wedding

It all came together on June 7, 2013: He proposed to Roman and then — surprise! — told her that 100 friends and family had flown to Miami to help them celebrate.

It wasn’t easy to pull off, he said.

“I almost pulled the plug, like, 20 times,” he told Shine, adding that he needed to use a password-protected cellphone to keep things under wraps.

“Honestly, if Amanda had ever asked if I was seeing someone else it would have made perfect sense, because I was acting so suspicious for so long,” he said. “The hardest part by far was getting a hundred people to keep the secret for a year. I basically threatened them at the same time I was telling them about it.” 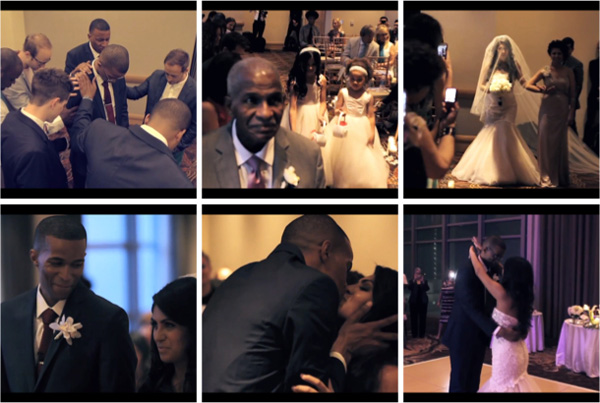 How he pulled it off

Luckily, her Pinterest board made the planning a bit easier since she had everything — including table centerpieces and ceremony seating charts — outlined on the board. As for the wedding dress? He even managed to convince Roman to buy her own dream wedding dress without her realizing what was happening.

“Amanda had already planned her dream wedding without even knowing it,” Leak told Yahoo! Shine.

Not everything happened without a hitch, though. Leak traveled to Miami early under the guise of business, but Roman’s flight was canceled unexpectedly. He pulled some strings and managed to get her there on time. Then, there were some nosy women at the Miami hotel who insisted he propose to his lady love in front of them.

A surprise storm also literally put a damper on some of their plans, but eventually the proposal — and wedding — went off without a hitch.

You can see the whole event go down via this mini documentary that Leak made of the life-changing event.

And now, men everywhere are secretly cursing Leak for making their proposals that much more difficult. Our thoughts? Most romantic proposal and wedding… ever!

Do you think this is the most romantic proposal ever, or is it your worst nightmare? Sound off below!