More women are removing both breasts despite having cancer in only one. Are they ill-informed or simply being proactive? 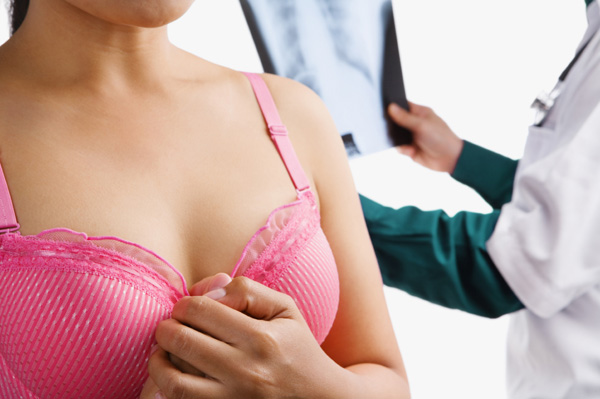 When Angelina Jolie had both breasts removed as a proactive measure against developing breast cancer, many women admired her decision. The question still lingers for some: Was it necessary? What about women with cancer in one breast that have both removed — necessary or not? According to new research, removing a healthy breast doesn’t improve survival rates.

According to a survey of women 40 or younger, more of them are choosing to undergo a double mastectomy when they have cancer in one breast. Researchers find that the procedure, known as contralateral prophylactic mastectomy (CPM), is rising “dramatically” in recent years.

A research team from the Dana-Farber Cancer Institute says more women are removing their healthy breasts to prevent recurrence and boost their odds of survival.

“We found in our study that women who chose to have both breasts taken off … are overestimating the benefits of taking the other breast off,” said Dr. Ann Partridge, M.D., with the Susan E. Smith Center for Women’s Cancers, who contributed to the study.

Out of 123 women, 98 percent chose to have the procedure in order to avoid the spread of cancer, and 94 percent did it to increase their odds of survival. And 95 percent say they did it for peace of mind.

Removals could be due to communication issues, some say

The research, which was published in the Annals of Internal Medicine, identifies a “cognitive dissonance” between what women think are facts and what they actually wind up doing. Researchers say that the chance of getting cancer in the second breast is about 2 percent to 4 percent likely over a five-year span.

“Many women overestimate their risk for actual cancer in the unaffected breast,” the study said. “Interventions aimed at improving risk communication in an effort to promote evidence-based decision making is warranted.”

Shoshana M. Rosenberg, the lead author of the study, recommends better communication between doctors and patients.

“Assuming most docs are telling women about their relatively low risk of contralateral breast cancer, there would seem to be room for improving how risk is communicated,” Rosenberg said.

Sharon Bober, a consulting psychologist for the Dana-Farber Cancer Institute Program for Young Women with Breast Cancer, says it may not be a communication issue at all — and instead is likely all about the numbers.

“These are women who feel they’ve been struck by lightning once [because they’re young and got cancer] and they say, ‘Why should I believe that lightning won’t strike again? No one can say there’s a 100 percent chance you won’t get it in the other breast,'” she explained.

She believes these women feel that any risk is too much, and that our culture encourages people do more as opposed to less.

What do you think, ladies? Why are CPM procedures on the rise in women with one diseased breast — are women trying to beat the odds, or are they ill-informed?