As Americans are invited to sign up for health insurance under the Affordable Care Act, what does the law mean for women’s health? 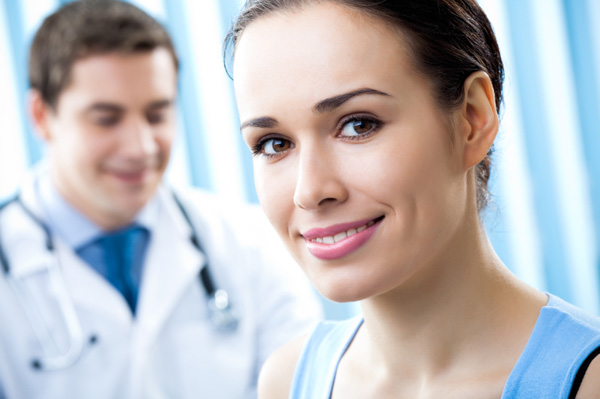 About every three out of five Americans will receive insurance through their employers next year, according to the Congressional Budget Office. About 12 percent receive insurance via Medicaid or the Children’s Health Insurance Program. Older Americans can use Medicare. So the majority of people will not have to buy a new plan via exchanges at www.healthcare.gov, but the reform law does impact them because it has enacted a few across-the-board changes to health care insurance on the whole. For example, people cannot be turned away for pre-existing conditions.

So, what does the new law mean for women? We put together a few must-read notes.

Under the ACA, women cannot be charged more for insurance based on their sex, and all people cannot be charged more based on what used to be considered a pre-existing condition. This is an overall change to health care, whether you buy a plan through www.healthcare.gov or use your employer’s plan. In the past, some insurers denied women coverage because they considered childbirth or domestic violence a pre-existing condition.

Planned Parenthood launched a website to help women learn more about what the law means for women. It includes a cost calculator and details women should consider when choosing a health insurance plan.

Essential services such as prescription drugs, maternity care, emergency room visits, preventative care and behavioral health are provided under the ACA. The plans have to cover certain preventative services — such as birth control, mammograms, well-woman visits and screenings for cervical cancer, hypertension, depression and diabetes — without any out-of-pocket costs to the woman.

Children can stay on their parents’ insurance plans until they are 26 years old.

Women who have a doctor or hospital they like may not be able to use that particular service anymore. According to The Washington Post, states with their own health exchange systems may not cover all physicians and facilities as a way to keep their costs low.

As of next year, approximately 7 million uninsured women will be able to obtain Medicaid coverage. Women with incomes that are up to 133 percent less than the federal poverty line are now eligible, so more people can acquire Medicaid.

Employers are required to provide insurance for staffers working at least 30 hours a week. As a result, many companies have trimmed their staff or cut hours. This means that women working part-time gigs could feel a pinch from fewer hours and less pay. Women over 20 make up 57 percent of the part-time work force, according to The Washington Post.

You don’t have to buy it

The ACA most likely won’t apply to women who are covered under an employer’s plan, but it will affect women who do not have insurance or may be self-employed — namely because it will allow those women to purchase coverage.

Americans do not have to buy insurance via the exchanges or have an insurance policy at all. If you decide to go without health care, you will have to pony up $95 or 1 percent of your family income (whichever is higher) this year as a tax penalty, which would be deducted on your 2015 tax return. The fee will go up over the next few years. In 2015, for example, you’ll be required to pay 2 percent of your income, or $325 per adult and about $163 per child.

If you want your plan to start Jan. 1, 2014, buy insurance through Dec. 14. Open enrollment will be available through March 31. If you sign up in January or February, the insurance will kick in the following month.

Anyone can apply for coverage online, by mail or in person. Visit www.healthcare.gov for more information or call 1-800-318-2596.

27 mins ago
by Katherine Speller

2 hrs ago
by Katie Smith