A breast cancer diagnosis for a mom of three rocked her world, but her story of courage and survival is inspiring for us all. 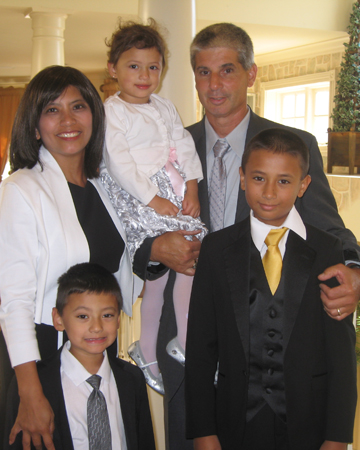 On her daughter’s second birthday, Liz D’Amato received a phone call that would change her life. She had breast cancer. Here is her story of battle, hope and survival.

Liz lives in Dayton, New Jersey with her husband Frank and three children: Michael is 12, Anthony is 4 and Maria is 2. At age 47, mammograms were part of her regular health care regimen, so when she went to her doctor for a routine visit in September 2012 she didn’t think anything would be found. She had no symptoms, no lumps, nothing — it was just another test for her.

She is so thankful that she went. After her mammogram, she was asked to come back a month later for further testing. “After several hours of more mammogram testing and then an ultrasound on the same day, I was advised to follow up with a breast surgeon for a possible biopsy,” she said. “Within a few weeks, I saw the breast surgeon and had a biopsy done.”

The phone call that no one wants came on her daughter’s second birthday — November 6, 2012. “I was shocked, devastated, upset and sad,” she remembered. “I didn’t know what to think. I had invasive ductal carcinoma in the left breast, grade 2, two foci (one measured 0.1 cm and the other was 3 cm). Extensive ductal carcinoma in situ was also present.”

A reason to hope

Liz’s sister had already been through a similar experience, and it gave her a lot of hope as she faced her own battle. “The only reason I knew I was going to get through this was because my younger sister was also diagnosed with breast cancer on her right side in 2010,” she explained. “I had seen what she went through and she is feeling wonderful today. I was really surprised that I was diagnosed soon after my sister, especially when there was no history of breast cancer on either side of the family.”

A treatment plan was devised for Liz, and included eight chemotherapy treatments, which she describes as the toughest four months of her life. “I had days during my treatment week when I couldn’t get out of bed, mainly because of the nausea,” she said. “Even with three different nausea medications, I was still sick. Everything I ate tasted horrible. During the last four cycles, I didn’t have nausea anymore, but instead, I had to deal with bone pain. The pain was excruciating and it was from head to toe. Once again, there were days I couldn’t get up because it just hurt to walk. My husband was with me at every treatment and my mother watched my children. I couldn’t have gone through all this without the support of my husband, mother, sisters, relatives and my wonderful friends.”

After that ordeal was over, she met with a radiation oncologist at a hospital to determine if radiation was necessary. “He recommended radiation treatments for me (although not mandatory because my diagnosis was in a ‘gray area’),” she told us. “I had two (out of a total of eight) lymph nodes positive.”

She had read an article about proton therapy prior to this meeting, and brought it up — fortunately, the doctor was familiar with it. “I really wanted to make sure I had options,” she explained. “Because my cancer was on the left side close to my heart, the doctor confirmed that I would be a good candidate for proton therapy. I knew this was the best option for me.” 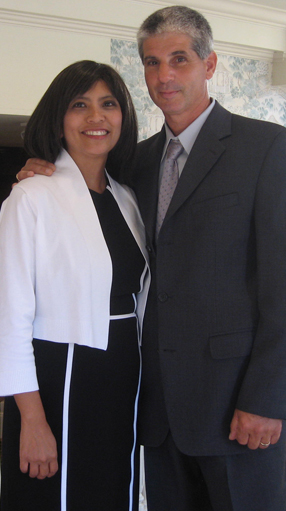 Liz was referred to ProCure Proton Therapy Center in Somerset, New Jersey. Proton therapy is a more targeted type of radiation that results in less tissue damage of the surrounding areas — vital for Liz due to the location of her cancer. She underwent 26 treatments and reported that it was far easier on her than chemotherapy was. It only became tough for her the last week and a half of treatment. “During that last week, I developed a burn on my left side which was very painful,” she shared. “I had to put burn cream over it for weeks so I wouldn’t develop blisters. I did develop a sore throat because the radiation was close to my esophagus.’

Good news, though. Two weeks after her last treatment, her doctor reported that she was healing very well and she felt quite a bit better. She also had a great experience at the treatment center, which boosted her morale and kept her optimism up. “The nurses, doctors, radiation therapists and staff made me feel so relaxed and comfortable that I didn’t even feel like I was getting radiation treatments.”

Liz has a lot to look forward to as she parents her three precious children and grows old with her husband. She also learned a lot about herself and what is truly important as she battled breast cancer. “During the course of my illness and treatment, I never realized how strong I could be and what I could do,” she explained. “Life goes on and we just have to deal with what life throws back at us. I also learned not to get stressed out over small things because overall, these little things are just not worth all the trouble we put ourselves through.”

How Coronavirus Could Delay Getting an Abortion in Texas and Ohio