Last October, I had a special angel watching over me, reminding me to take charge and be more aware. Her name is Dr. Nancy Cappello. Dr. Cappello and I have something in common; we both have dense breast tissue. 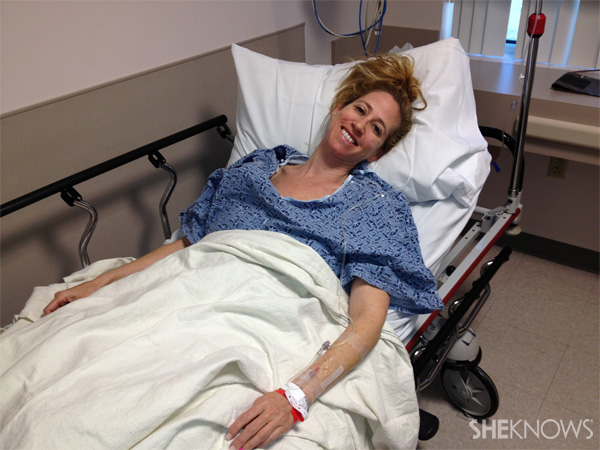 The most important story I read in October 2012 was an article about Dr. Cappello in the New York Times, where she recounted the facts about her breast cancer.

Her routine annual mammogram in November 2003 came back with no “significant findings.” A few months later, she went for her annual “well woman” exam, and her doctor felt a lump or ridge in her one breast. She then went for another mammogram that, once again, did not reveal anything. As a result, she then had an ultrasound, which detected a 2.5 centimeter tumor, and it turned out she had stage 3c breast cancer.

I, too, had breast cancer that was not detected on my mammogram. In fact, a significant percentage of women have that in common. I had been told for years that I had dense or fibrous breast tissue but most women do not know what kind of breast tissue they have, since they simply have not been told.

Tip: The causes of and solutions for dense breast tissue

People ask me all the time if I found the tumor on my own. I did not find it or feel it. There was no way that I could have found it, at least not at first, as it measured less than 1 centimeter and was masked by the numerous “lumps and bumps” that are common in dense breast tissue. People are shocked when they hear that my tumor was discovered not by a mammogram, but by a follow-up voluntary ultrasound.

In 2011, after I had my annual mammogram, I was told about a new ultrasound that was available particularly for women with dense breast tissue like mine. However, it was not covered by my medical insurance. For peace of mind, I had the ultrasound in September 2011. I paid for it myself and I was relieved to hear that all was clear.

Then, last year, I had my annual mammogram in July, which once again showed that everything was clear; but I forgot to go for the ultrasound. A few months passed and, in October 2012, I read the article about Dr. Cappello. I called the same day to make an appointment to get my second ultrasound.

I remembered having ultrasounds when I was pregnant with each of my three children. Those were such joyful days. The breast ultrasound turned out to be the complete opposite. There was little uncertainty in the eyes of the technician as the tumor appeared clearly on the screen.

Halloween 2012 will be etched in my mind forever. It was the day I had a biopsy on my right breast, and the next day I received of a terrifying cancer diagnosis.

The thoughts and questions that were flying through my mind are too painful to recollect. I wanted answers and I did not want to wait for them. However, anyone who has gone through a cancer diagnosis knows that the waiting game begins immediately. My OB/GYN had requested that she be the one to relay the news to me, and this was done via a telephone call hours later.

The next day my husband and I went to see her in her office to get answers to our many questions. He left her office feeling more at ease with the diagnosis. I left the office with a feeling of dread and despair. I was only 42 years old. How could this be happening?

Those feelings would haunt me for weeks to come. I had to see a surgeon and discuss all the alternatives. A new language would have to be learned, a language called “cancer.”

Getting through the darkness

After waiting five more arduous days, we went to see the surgeon. He told me that since my tumor was detected very early, it was treatable and the risk of it having spread to my lymph nodes was minimal. He discussed the many scenarios: a lumpectomy versus a mastectomy, radiation and chemotherapy, and the high likelihood of taking a drug called tamoxifen for the next five years.

He also told me to concentrate on taking things one day at a time. In other words, he advised me not to go over to “the dark side” and think of the worst. The power of positive thinking is good for the mind and the body. These words and this attitude helped me get through this very dark period.

I had to learn how to deal with my new way of life. In my mind, there were two alternatives: to allow cancer to define my life, or to put on a brave face and define my own life. I chose the latter. A girlfriend who knows me really well described my reaction to cancer aptly. She said that I fell down, scraped my knee, dusted myself off and got right back to business. Easier said than done, though. My fall was quite hard, but getting up did prove to be easier. I have a family to take care of, and a life to live; cancer was going to have to join in. 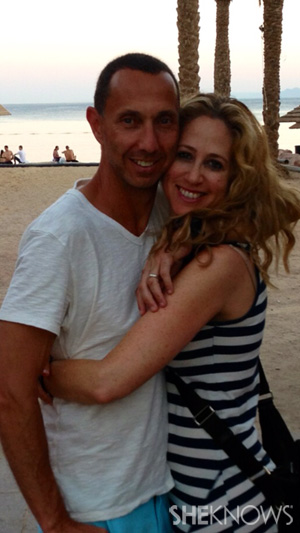 … and kicking it to the curb

Six months later, after a lumpectomy and seven grueling weeks of radiation, I am cancer-free. I am on a daily regimen of tamoxifen. I feel so fortunate for all the blessings that life brings. I do not feel “lucky.” There is no luck attached to a cancer diagnosis.

I feel eternally grateful to everyone who helped me through the toughest period of my life. I drew my strength from those who surrounded me. If you take anything away from my story, I hope it is that you take control of your health care and understand your risks and your family history. Make sure you do your self-exam and get screened annually. Ask your doctor if you have dense breast tissue. I am sharing my story with the hope that many more lives can be saved. Spread the word. All women should have access to an early breast cancer diagnosis.

More: Go to the website Are You Dense? to find out more about breast density.

Survival story: I ran a marathon after my cancer diagnosis
How one girl was inspired after losing her mother to cancer
3-D science that can benefit breast cancer detection

23 mins ago
by Brianne Hogan