A new study sheds light on prostate biopsy mix-ups, and it could point to potential errors with breast biopsies and pap tests. 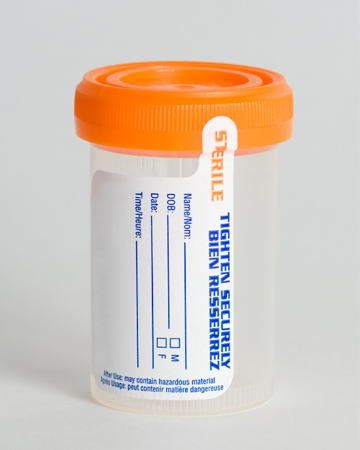 What could be worse than finding out you have cancer or another disease? Perhaps finding out that you were misdiagnosed!

According to a study out of Washington University in St. Louis, Missouri, three in every 100 tests has been either contaminated or switched. The research was based on 13,000 samples from 54 laboratories. The study only applied to prostate specimens, but does it signal that something similar could be happening with breast biopsies and pap tests?

SheKnows caught up with Dr. John Pfeifer, vice chair for clinical affairs, pathology and immunology at the school. Pfeifer, who conducted the study, said unpublished data indicates a similar rate among breast biopsies. As for pap tests, similar testing has been applied to them too. Right now, there’s not enough data to pinpoint a conclusion, but Pfeifer says that published studies indicate pap tests aren’t exempt from such errors, either.

“The results demonstrate that specimen mix-ups occur more often than physicians are aware of,” said Pfeifer. He said it would probably be prudent for a doctor to confirm the provenance, or source, of tissue on which the diagnosis was made.

“Regardless of the portion of cases in which patients may have, by chance, received the correct treatment despite the specimen identity error, the fact remains that… a diagnosis was assigned to the wrong patient with no knowledge or even suspicion of the error that had occurred,” he told MedPage Today.

Want to make sure your sample isn’t involved in a mix-up? Talk to your doctor about a DNA Specimen Provenance Assignment (DSPA) test. The cheek swab matches your DNA to the DNA in the tissue being examined. He added that the doctor must order the test.

Pfiefer said that many doctors would likely be open to the testing as a way to put their patients at ease. He noted that a doctor would need to integrate clinical data to determine if the testing is even necessary, and that mix-ups often do not occur in physicians’ clinics. Regardless of where the errors happen, a confirmatory DNA test may be able put a patient at ease during what is likely a difficult, stressful time.

Some labs do the test on-site, though most specimens are sent to a reference lab with expertise in the test, such as Strand.

Talk to your doctor

“Most doctors recognize that there are many steps (and people) involved in the biopsy testing process, and welcome any method that can increase patient safety,” Pfeifer said.

What’s it all cost? About $450 for a patient without insurance, Pfeifer noted.

This type of testing is nothing new, he said, adding it is a “well established, widely accepted medical practice.”

For those waiting on results that could change their lives, it could provide valuable peace of mind. And that could, indeed, be priceless.