Nursing isn’t the only thing that can enhance a mother’s bond with her newborn and give off happy feelings — that baby fresh scent works, too. 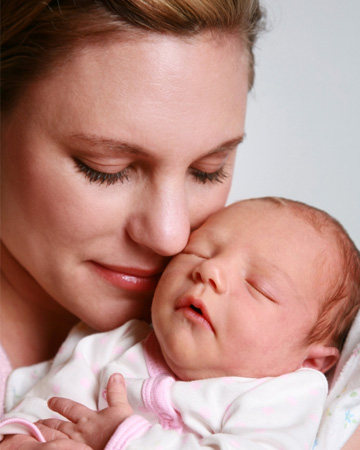 Finally, science pinpoints exactly why we can’t get enough of that “new baby” scent.

Researchers at the University of Montreal found that an infant’s smell creates a positive physiological response in the mother. The response is similar to eating after being very hungry because it activates the brain’s pleasure and satisfaction zone. (Yes, it kind of explains why many people say babies are so good they could “eat” them up.)

The scientists took brain scans of two groups of women. There were 15 women in each group: The first had given birth to a child three to six weeks before the experiment began, and the other group consisted of women that had never given birth to a baby.

They found that both groups had an intense reaction to the scent of the babies, but the imaging in the new mothers showed their brains had more dopaminergic system activity.

“The olfactory — thus non-verbal and non-visual — chemical signals for communication between mother and child are intense,” said Johannes Frasnelli, a researcher at the University of Montreal’s Department of Psychology. “What we have shown for the first time is that the odor of newborns, which is part of these signals, activates the neurological reward circuit in mothers.”

“These circuits may especially be activated when you eat while being very hungry, but also in a craving addict receiving his drug. It is in fact the sating of desire,” he explained.

More news on babies and pregnancy

6 hrs ago
by Theresa Prenger