Sometimes in a relationship, there is just one thing that needs to be fixed before you’re willing to commit. It can be trivial, it can be life-changing, but whatever it is, it’s caused you to lay down the ultimatum. 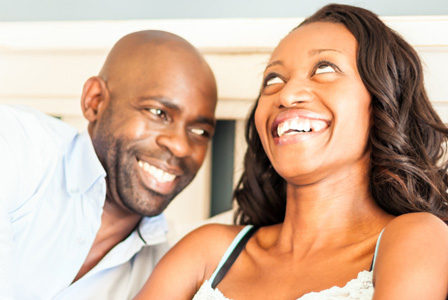 “Have you ever had someone tell you that they wouldn’t marry you unless you changed your underwear? I have. In fact, it was last summer when my fiancee (now my wife) and I were sorting through clothes in the midst of moving in together. Most of my underwear had been in my drawer since high school, and though they were stretched, full of holes and discolored, I’d never thought about replacing them. Then came the ‘threat.’ Replace my raggedy old underwear, or else.” — Mark G.

“My boyfriend of eight years had so much debt that I was afraid to marry him. I didn’t want him to ruin my credit too, and was afraid of his frivolous spending, so I refused to marry him until he paid it all off. Needless to say, we finally got married after 10 years together. It sucked that I had to wait so long, but I’m proud of him for doing it!” — Catherine L.

Get a tattooed engagement ring

“My boyfriend wanted to propose… with a tattoo engagement ring. He has several tattoos, which I find sexy, but I don’t have any and I never wanted one. I refused and he finally gave in and popped the question with traditional bling. It’s not the biggest diamond in the world, but it beats ink!” — Amity B.

“My boyfriend wrote up his version of a prenup. He wanted me to sign an agreement stating that I would cook dinner at least three nights a week, have sex at least four nights a week and let him drink as much as he wanted. I know he sounds like a chauvinist pig, but you have to know his sense of humor. I didn’t sign any such thing, and he still ended up marrying me.” — Kylie R.

Stop talking to my mom

“In my ex-girlfriend’s defense, my mom is crazy. She has a drinking problem, she texts me far more than she should and butts into my business a lot — it’s over the top and obnoxious. However, she’s the only mom I have and it wasn’t fair for my girlfriend to tell me to choose between her or my mom. But she did. And my mom won.” — Jon S.

Unfriend all my guy friends

“I’ve always had a lot of guy friends and it made my boyfriend really uncomfortable. His ultimatum to me was to stop being friends with men and then he could ‘view me as marriage material.’ I agreed. He means more to me than my friends, and I can understand where he is coming from. But now I don’t have any friends and he still hasn’t proposed. So, maybe I made the wrong choice?” — Nicole A.

did this happen to you?

Did you give your partner an ultimatum? Or maybe he or she gave one to you? Tell us in the comments below!

More on dating and marriage

How your relationship can boost your brainpower
How texting can ruin a relationship
Online dating: Horror and success stories