The news that she had lymphoma knocked Stephanie off her feet, but with the help of advanced medical therapy, she is now looking forward to getting married. 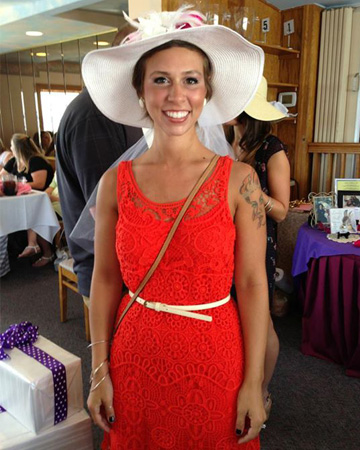 Meet Stephanie, a young woman who finally discovered that she had lymphoma after many doctor visits. Crediting a walk-in clinic physician for catching her cancer, she underwent a new therapy and is planning an October wedding. This is her story.

A cough that wouldn’t go away

Stephanie was born and raised in New Jersey, where she spent a happy childhood surrounded by love. She still lives with her mom and dad, which is where she will remain until her wedding. “There are many wonderful memories of growing up in this house, and my parents gave me the best life anyone could have asked for,” she happily shared.

Stephanie noticed that her heartbeat seemed to be abnormally fast, and doctor visits would often end with a heart monitor just to make sure that everything was OK. Doctors would note the results and declare that there was nothing wrong with her, and they didn’t feel the need to further investigate her rapid heart rate.

However, all wasn’t well. In August 2012, she developed a cough that would not go away. She also discovered that she had a rash, and began experiencing night sweats. She went to the doctor many times for these troublesome symptoms, and would return home with cough medicine, antibiotics, steroids and topical creams. Nothing seemed to work.

Returning to a walk-in clinic that she had visited once before, the physician was concerned because Stephanie was running a slight fever. She requested that she have a chest x-ray to see if she had developed pneumonia and to go to the hospital if her fever didn’t go away. “Sunday rolls around, and I still had a fever, so I did as she said,” she remembered. “The hospital near my house did not want to give me another x-ray since I had just had one done on Friday. They wrote off my symptoms as an upper respiratory infection and I was on my way.” 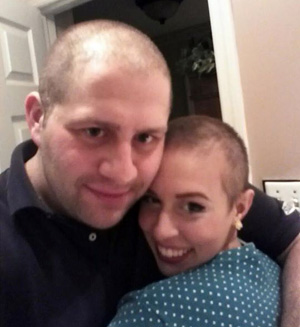 Two days later, the walk-in clinic phoned, and told her that she did have pneumonia — but there was something else in her chest as well. They urged her to have a CT scan immediately to find out what else was impacting her health. “I go for the CT scan the next day and that night I am checked into Robert Wood Johnson hospital in the cancer wing,” she said. “I have cancer.”

It was discovered that she had a large tumor next to her heart, which was causing her heart to build up fluid, and in turn, was the cause of her increased heart rate. She also had several other tumors in other locations. Doctors drained the fluid from her heart and performed biopsies, and finally, Stephanie had a diagnosis.

“I really have to thank the doctor from the walk-in clinic who basically saved my life,” she explained. “She gave me an x-ray when no one else would. Hodgkin’s lymphoma is a cancer of the lymphatic system which is a part of your immune system. It is generally found mostly in young children. My doctor actually said that I was on the older side to have this type of cancer. However, it is a very curable cancer unlike its other form, Non-Hodgkins.”

Instead of surgery, Stephanie would go through chemotherapy and radiation. She described chemotherapy as an IV, but it delivers medicine over the course of several hours and has plenty of negative side effects, such as severe fatigue and nausea. 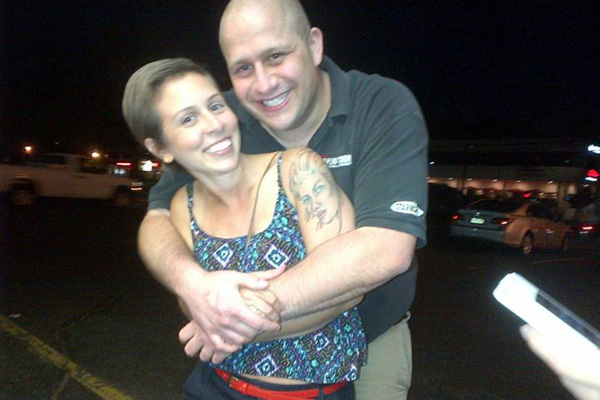 Stephanie has now completed treatment and is awaiting her first post-treatment scan. She credits her fiance for being a major supporter during her illness. “When he found out that I was in the hospital he was actually away on a business trip in Florida, and flew home the next day to be with me,” she told us. “He did not leave my side once at the hospital even though we were there for nine days. He has been my rock and my support system.”

Her parents were also a wonderful source of support for her, and their positivity really helped her be hopeful that everything was going to be okay. “Just getting calls or texts from family and friends each day really made me happy to know that I have all this love,” she said. “Some days I would even forget for a little while that I was sick.”

Stephanie is getting married in a Halloween-themed wedding in October and is looking forward to their honeymoon cruise from Hawaii to Australia. She has high hopes for the future, and said, “This year has been a roller coaster ride, with a lot of ups and downs, but now I am on to bigger and better things.”

Can you reprogram your body to ward off cancer?
Fall fruits and veggies that fight cancer
Surviving cancer: Becoming your best healthcare advocate

12 hrs ago
by Caitlin Flynn