If you’re about to get married, you will get loads of unsolicited marriage advice. We asked readers what bad advice they’ve received so that you can avoid it. 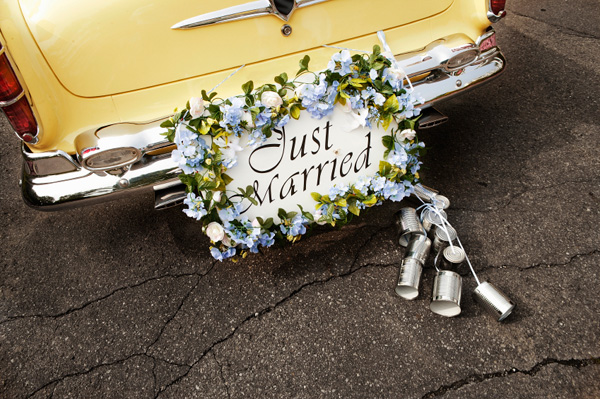 Give your wife whatever she wants

“The worst advice I hear often is toward men: ‘The secret to having a happy marriage is letting the woman be right.’ Fact: I tried this, and it ended up with my ex-wife coming to a point where she would take no personal accountability for anything; she was very out of control. This type of advice is horrible for setting up a marriage of balance and mutual respect.” — Swan W.

“A happy wife is a happy life. This cliché is the most obnoxious, shortsighted form of martyrdom. When you spend all your time trying to make someone else happy, you end up sacrificing your own happiness. My wife actually brought this to my attention. We both want each other to be happy — we just know that putting yourself first is more important in the long run.” — Chris S.

Spend time missing each other

“It might be good for the person who gave me this advice to spend time away from their spouse, but I actually like mine and want to be with him all the time. He’s my best friend; we’re inseparable!” — Sherry B.

“Two friends told me to ‘be OK with’ my husband going to strip clubs. I may trust my husband 100 percent, but that does not mean I want him around naked women! Also, he is not spending our hard-earned money on strippers. Wrong on so many levels and asking for trouble.” — Angel A.

“Sometimes you need to take a step back and just get some sleep.” — Kat R.

“We won’t go to bed angry, but sometimes both of us need time to cool off before having a calm conversation. Therefore, sometimes waiting until morning is necessary.” — Mary Jane T.

Don’t expect your husband to change

“Right before I got married, an aunt told me, ‘Don’t ever expect your husband to change; it’ll never happen.’ She told me to accept him for who he was and be done with it. Shortly after marrying, I realized that change plays a very important role. A marriage is a living thing, and both partners must change and progress together in order for it to work long-term. I can’t imagine what our marriage would be like now if both of us were the exact same people we were when we first spoke our vows.” — Carly F.

Hide your money and purchases

“My grandmother told me to buy whatever I want, hide it for a short period of time, and bring it out slowly one by one. She thinks my husband won’t notice, and I’ll get to buy what I want, when I want. Talk about terrible advice! Where is the trust and financial responsibility here?” — Michelle S.

“I was told, ‘No man is trustworthy, so don’t spend all your money on the home. Keep some hidden away from your husband, so you aren’t left hung out to dry when you get divorced. Really!?” — Ife H.

Fantasize about other people

“Yes, a friend told me this is healthy because it’s a ‘harmless aphrodisiac.’ I just think it’s creepy and would prefer to think about my husband, thanks!” — Candice G.

Enjoy it while it lasts

“An elderly man told me this at the bar while celebrating my bachelorette party. Gee, thanks for the confidence!” — Cameron S.

What is the worst or best advice you received before getting married?

10 hrs ago
by Tarah Chieffi

17 hrs ago
by Anabelle Bernard Fournier