People were freaking out with excitement on Tuesday morning when Apple announced the launch of the new iPhone 5s. I freaked out, but for a completely different reason. 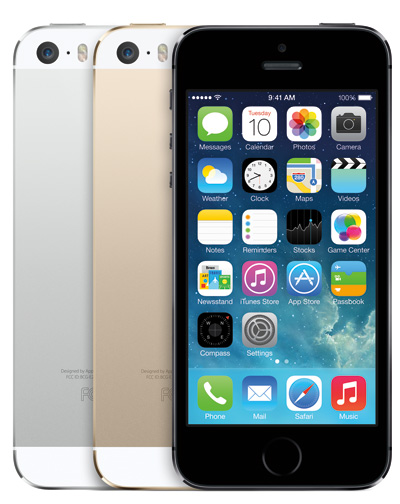 People were freaking out with excitement on Tuesday morning when Apple announced the launch of the new iPhone 5s. I freaked out, but for a completely different reason.
Attention women of America: We’re in a serious crisis right now… and you probably don’t even realize it. You see, Apple has implemented a new fingerprint security technology in the new iPhone 5s model.

Basically, you’ll scan your fingerprint into your iPhone and that will act as your password. It’ll make your phone super secure because no two fingerprints are alike.

“Great!” you think to yourself. “Now I don’t have to worry about passwords!”

Now all of that super sleuthing was for nothing… you now have no way to get into his phone to stalk his texts, Snapchats and Facebook messages. He essentially has free reign to talk with virtually anyone — his ex, that cute girl at the gym, his aunt in Poughkeepsie — and there’s nothing you can do about it.

What’s a relationship without at least a little bit of stalking? Not a good one, I say.

Sneaky ways to get around the iPhone 5s fingerprint technology

I’ve spent most of the morning figuring out ways to get around this new iPhone 5s fingerprint technology. I could step up my analog stalking game… you know, follow him when he leaves the house. Or, I could just install that key-logging software onto his computer. I’ve been meaning to do that, anyway.

But, let’s be honest: His iPhone is the center of all his sinister communication. I’ve come up with a few ways us long-suffering girlfriends can get around the iPhone 5s fingerprint technology:

Or, maybe I could just stop worrying about who he’s corresponding with and just trust him. Nah… that’s no fun.

How can we get around this fingerprint technology? Super stalkers, weigh in below!

More on relationships and technology