Ever wonder why you have so much more confidence after a drink or two? Scientists believe it’s because two important parts of your brain stop “talking.” 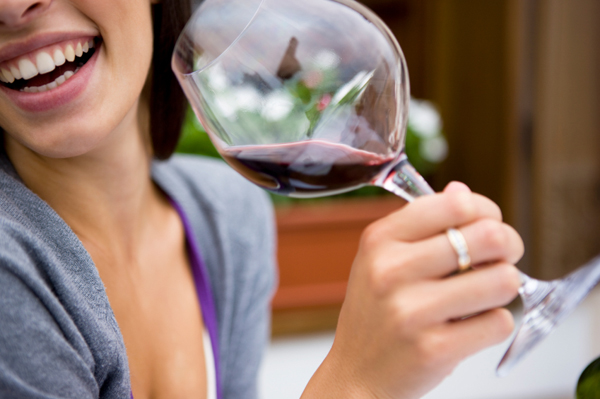 Imagine this scenario: You’re at a party and don’t know anyone. You grab the nearest glass of wine and gulp it down. Suddenly, approaching that interesting man at the bar doesn’t seem so daunting.

Is it really liquid courage? Yes, according to a new study from researchers at the University of Illinois at Chicago College of Medicine. The researchers found that even one glass of wine is enough to interrupt communication between the amygdala and parts of the prefrontal cortex. This “breakdown of communication” might explain why our inhibitions go down after imbibing a few cocktails.

“How the amygdala and prefrontal cortex interact enables us to accurately appraise our environment and modulate our reactions to it,” said Dr. Luan Phan, a professor of psychiatry at UIC.

“Emotional processing involves both the amygdala and areas of the brain located in the prefrontal cortex responsible for cognition and modulation of behavior,” Dr. Phan said in the study, published in the journal Psychopharmacology. “This research gives us a much better idea of what is going on in the brain that leads to some of the maladaptive behaviors we see in alcohol intoxication including social disinhibition, aggression and social withdrawal.”

In the study, researchers evaluated 12 heavy social drinkers — two women and 10 men with an average age of 23 — and gave them an alcoholic beverage (at 16 percent alcohol, or a strong glass of wine) or a placebo. The participants were then shown a series of pictures of faces while researchers did a functional MRI scan. The researchers tracked the brain activity of the subjects as they tried to express the same emotions as the subjects in the pictures — happy, angry, fearful or neutral.

“This suggests that during acute alcohol intoxication, emotional cues that signal threat are not being processed in the brain normally because the amygdala is not responding as it should be,” Dr. Phan said.

“The amygdala and the prefrontal cortex have a dynamic, interactive relationship. If these two areas are uncoupled, as they are during acute alcohol intoxication, then our ability to assess and appropriately respond to the non-verbal message conveyed on the faces of others may be impaired.”

Basically, it means your mouth isn’t to blame when you say something stupid after a couple of drinks — it’s your brain.