Everyone says time heals all wounds (especially when you’ve just been dumped), but what if it’s been months or even years and you’re still not officially “over him?” We’re sharing our best tips on how to kick-start the process when you’ve stalled out. 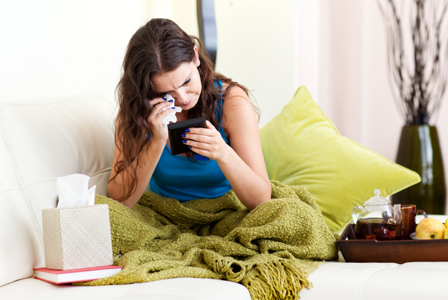 We asked relationship expert and author of The Breakup Bible, Rachel Sussman, to share her tips on recovering from a breakup even when you’re convinced you can’t. 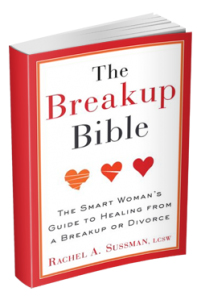 In order to move on — you have to want to

Don’t stand in your own way

Try to avoid making predictions about how you’re handling the breakup. Saying to yourself, “I’ll never get over this,” is a prediction, says Sussman, and something that can really hamper your recovery. And it doesn’t have to be true. “It’s not based on reality. Remind yourself of that,” she advises.

Believe that healing is possible

In the throes of a major breakup, it’s easy to think that you will always feel this sad, defeated or depressed. But try to be somewhat open to the possibility of healing and recovery. “When you put out that positive energy, it does start the process moving,” says Sussman. “Being open to the possibility that recovery will happen allows you to go forward towards having a wonderful life that will include a great new relationship with the right person.”

Part of the recovery process involves taking the time to uncover the real truth behind your breakup and relationship, not just romanticize what you had. “When you do the work to figure out why you picked your partner, how you and he behaved in the relationship and why it ended, it’s a very liberating experience,” Sussman explains. “Once these factors are revealed, you actually see that the breakup was a good thing then you can move on.” Before you do the legwork, you’re just going to look at the relationship as something you wish you still had, not as something that may not have been right for you in the first place.

We all do it, whether we like to admit it or not, but put a stop to checking in on your ex online. “Don’t stalk your ex on Facebook,” warns Sussman. “It’s really damaging to think your ex is moving on through status updates, photos, etc. It’s misleading and it hooks you in [and] keeps you from moving on,” she explains. If you need to, hide or delete him so you’re not tempted to check constantly.

Lean on your support system

You’re not alone and you don’t have to go through this breakup without any support. Sussman suggests putting together a great support system of friends, family and colleagues and asking them to cheer you on during your recovery. “Tell them to remind you that healing from a breakup is indeed possible.” In fact, she says, if you do the work, getting over your breakup is a sure thing.

10 Things not to do after a breakup
Are you ready to move on? 4 No-fail ways to tell
Ex be-gone: Get rid of the ghosts of exes past