We can watch and read He’s Just Not That Into You and Act Like A Lady, Think Like A Man enough times to make our eyes turn red. But is that really the same as getting it straight from the horse’s mouth? 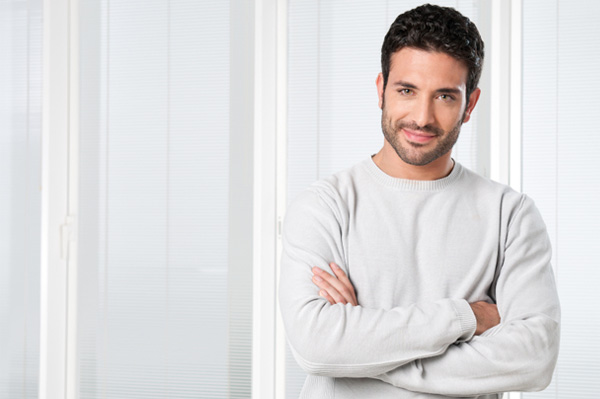 We can watch and read He’s Just Not That Into You and Act Like A Lady, Think Like A Man enough times to make our eyes turn red. But is that really the same as getting it straight from the horse’s mouth?

We talked to real men — men you’re out there dating, men you’re already married to and men who won’t ever fully commit — to find out the things that they’ll never really tell us to our face. Here’s what we learned!

When it comes to the bodies of super slim girls, we’d secretly like it if you were at least 15 pounds heavier.

“One of the most meaningful ways to love me is in respecting me. Just as much as a woman requires of her man to love her unconditionally, a man needs his lady’s unconditional respect. A woman who understands this fundamental requisite of loving a man has got the better portion of loving mastered.”

Men worry about their looks too, and sometimes they need reassurance about their physique.

“Our ‘male ego’ gets a bad rap, but often, it’s only hurt when we feel disrespected. We’re sensitive about that just as women are sensitive to comments about their appearance or weight. When a woman tells us how to fix something or bugs us to call a professional at the first sign of difficulty, we hear, ‘I think you’re too stupid to figure that out on your own.'”

Most men find running shorts and messy hair just as sexy as heels and makeup. There’s no one size fits all woman that all men are attracted to.

Regardless of what men say, when you ask them if your outfit makes you look fat, they answer it honestly in their heads.

A guy is always trying to live up to the female’s ideal of masculinity, not a male’s ideal. Meaning, men are driven far more by their wives’ expectations than by their buddies’.

Men like romance, too! A candlelit bath or a sweet card will make them feel just as warm and tingly all over as it makes us girls feel. They’re just less willing to admit it.

“Yeah, we think about sex a lot, but most of us don’t want sex for purely physical reasons. While it doesn’t usually satisfy an emotional need for intimacy, it does satisfy another emotional need: self-confidence.”

Men like the challenge of figuring stuff out on their own. It makes them feel smart and useful.

Brian Penny says, “When I come home late or forget something, it’s not because I have some grand scheme to piss you off. It’s not that I’m not listening to you, you just talk all the time. I can’t even remember my own thoughts half the time, much less have room in my immediate memory to remember the name of every chick at work who annoyed you. I’m too busy working on my own life and working on our life together to worry about frivolous things that just aren’t important, like who wore too much perfume or doesn’t work as hard as you. I don’t care about those politics even in my own life.” He goes on to say, “The reason I deal with all the randomness a woman comes up with is because I care. Accept that, and understand that I’m trying as hard as I can to learn an entirely alien culture to me, and we can live happily ever after.”

Men oftentimes feel abandoned in the relationship when a child comes along and the woman’s focus shifts to the child, but never shifts back to the man. David T. Pisarra, Esq., says that he hears this cited as the reason for the man to eventually look outside the relationship for companionship and sex. “If he feels like he’s being ignored and that his needs for laughter and sex are not a concern, then he will eventually stray from the family.”

Why it’s OK to love your husband more than your kids
What does the word love mean to you?
10 Ways to improve your marriage daily

10 hrs ago
by Gina Escandon