Sex is natural. Sex is fun. But sex can also be confusing! We’ve got answers to your most common sex questions — even the ones you’re too embarrassed to ask your doctor about. 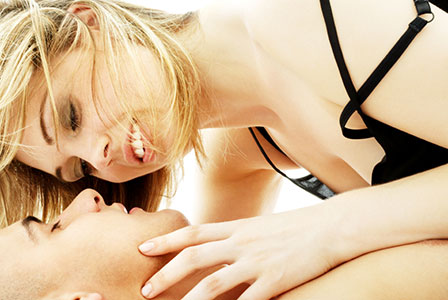 Can your sexual partner tell if you’re a virgin?

Most people will not be able to tell whether or not you are a virgin. A woman has a thin membrane, called the hymen, that partially closes the opening of the vagina and is believed to be the marking factor of whether or not she is a virgin. However, some women’s hymens are thinner than others and can break during nonsexual activities like horseback riding.

Is it OK to have sex while you’re on your period?

If your partner does seem squeamish about doing the deed during your period, don’t let it stop you from participating in other forms of sexual fun.

Does oral sex count as sex?

There is just no definitive answer to this question, as every person seems to define oral sex in his or her own mind. However, you cannot get pregnant during oral sex, so it is a fun way to engage in sexual activity without “going all the way.”

Can you have an orgasm without having sex?

Yes, yes, yes! Women and men can have orgasms during fun foreplay without engaging in intercourse.

Why do I sometimes feel like I have to pee during sex?

Women often report feeling like they might accidentally pee during sex. While this could be a result of the man’s penis putting pressure on a woman’s bladder, it could also be a sign that the big O is approaching! Stimulation of the G-spot can sometimes make a woman feel like she has to pee until the area reaches the point of swelling… then the gotta-go feeling should subside and give way to a much, much better feeling.

Do I have to be on birth control all the time if I don’t have sex that often?

No. If you only have sexual encounters rarely, you don’t have to be on birth control all the time. Plan B, which can prevent pregnancy for up to five days after sex, can now be purchased over the counter.

Aloe: Why it’s a great natural lube
Oral sex: How to get over your insecurity
Sexual health resolutions: Start a bedroom bucket list

4 hrs ago
by Lindsey Lanquist